The campus will consist of two buildings offering 2MW each

American managed IT specialist T5 data Centers is set to replace an old hotel in Dallas with a multi-story, state-of-the-art colocation facility.

The former Cabana Motor Hotel on Stemmons Freeway currently houses prison inmates that are about to exit the justice system. By 2017, the site will be transformed one of the largest ‘carrier hotels’ in the region.

The project is being carried out in partnership with Lincoln Rackhouse – a data center arm of Lincoln Property Company. The two organizations have previously collaborated on a facility in Plano, Texas four years ago. 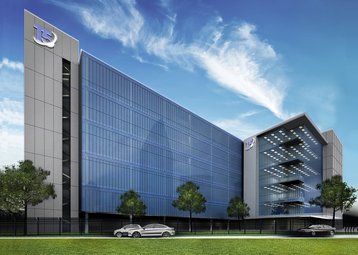 From Hendrix to inmates to servers

According to the Dallas Morning News, the building on Stemmons Freeway is currently owned by the county government. It was built 53 years ago as one of the most luxurious hotels in Dallas, hosting stars like Jimi Hendrix and The Beatles.

In the eighties the hotel fell into disrepair, and was most recently used by the county as a ‘halfway house’ – a detention center for a work release program, hosting selected inmates who are allowed to find employment during the last months of their imprisonment.

If the purchase goes according to plan, the building will be knocked down and the land will be used to erect a 300,000 square foot data center powered by an adjacent substation. It will feature between eight and 12 stories and be built in two phases, each offering 2MW of capacity.

The site is located close to data center owned by Infomart and SoftLayer, something that ensures great fiber links vital for a carrier hotel.