Plans a 2MW expansion of the Elk Grove Village site

The original data center was built by Forsythe Technology, and was bought by T5 Data Centers last year. However, Forsythe is still its main tenant - at least, until its potential acquisition by Sirius Computer Solutions.

The facility currently comprises two data halls with 10MW of power capacity. The building itself sits on a four-acre property, which the company says holds the potential for further expansion, able to accomodate up to 170,000 sq ft (15,790 sq m) of extra space and another 16MW of power. 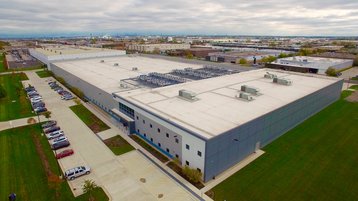 David Horowitz, VP of sales and marketing for T5 Data Centers, said: “The demand from corporate enterprise seeking data center space in Chicago continues to grow in a market that has very limited supply. As vacancy rates hover around 5 percent, we are in a unique position to deliver a high-quality data center solution that will provide customers complete control of their infrastructure, as if it were their own mission critical environment.”

Founded in 2007, T5 owns seven US data center sites including the Chicago facility. It has recently opened a 10.75MW data center on its Dallas campus, and plans to build multiple data centers as part of a new campus in Fort Worth, in collaboration with local developer Hillwood.

For several years, Chicago’s operators have been struggling to keep up with demand in the most populous city in Illinois. According to CBRE, in the first half of 2017, Chicago only had 2.1 percent of available space in its data centers, and most planned capacity was already pre-leased. Some operators have reported they were unable to close deals since they failed to deliver capacity on time.