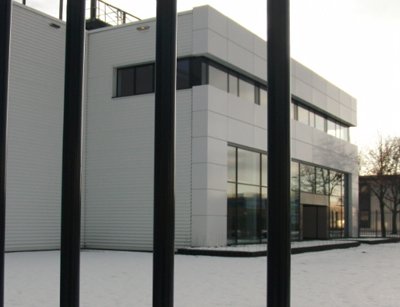 Switch Datacenters in Amsterdam is pushing the boundaries of data center cooling and other technologies with a new R&D program designed to help its data center become even more efficient, with an envisaged Power Usage Effectiveness (PUE) of 1.1.

It said many of the tests, which include looking into the use of liquid cooling, represent first use cases of some of the technologies it is pioneering.

Switch Datacenters Technical Director Gregor Snip said the company is driven by the desire to prove corporate social responsibility and to bring about drastic energy and cost savings.

The Switch Datacenter in Amsterdam which opened in 2011 and has a floor area of 8,320 sq m already has a PUE of 1.27, partly achieved through its use of free-air cooling and aisle containment solutions.

Snip said, however, he believes liquid cooling can reduce its PUE even further, along with new alternative energy efficient data center power solutions, such as AC and DC setups, that Switch also plans to test.

“Air cooling will continue to play an important role in respect to cooling needs, but air cooling at this moment is facing its limits, especially when you take into regard the needs of high demand, heavy internet users,” Snip said.

“I don’t think that liquid cooling technologies will fit the colocation needs of all our clients but some clients – I mean heavy internet users – might be very pleased with these technologies.”

He envisages Switch’s data centers will one day contain a combination of two or three different cooling methods “which are complimentary to each other and customized to different client needs”.

Snip said what Switch is testing is “groundbreaking” but the provider will also test other technologies that are already on the market in its new R&D set up.

It uses its Amsterdam Southeast data center environment to carry out its R&D.

“After some secluded R&D testing we will test technologies in real live [environments], with existing clients and operational equipment,” Snip said.

“When a certain testing period is completed, such a new technology could be implemented within the operational environment of our data centers if it meets our high set of business critical requirements, of course.”

Snip is keeping details of the project so far quite close, but said the company will release more information on its work in the next few months.

It plans to share its findings with the wider data center industry to help other technology developers and to act as an anchor client for new technologies.

Amsterdam’s government has been pushing for more energy efficiency across its industries with its Green IT Amsterdam project.

Data center providers such as Evoswitch, which has its own innovation program, and Equinix have been investigating new ways of cooling and powering their data centers in the country.

Equinix, in October, announced it is using aquifers and free cooling to chill its newly opened AM3 data center while Evoswitch has been investigating new ways of drawing power from the grid.