Company to use funds to more than double footprint capacity

The company announced this week that it has completed the refinancing of its existing facilities with the closing of a refinancing package of CHF 480 million ($514m) from international and Swiss banks. 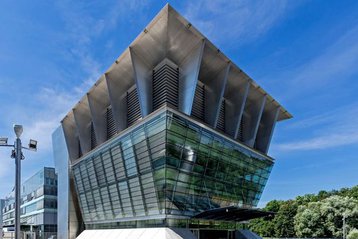 The funds will enable Green to ‘accelerate its development strategy’ and to fund the next phase of growth.

Green CEO Roger Sües said: “With the acceleration of the growth program, Green is responding to the high demand from hyperscale companies who put their trust in Green when it comes to geo-redundant solutions. Green provides space, networks, and sustainable growth to the benefit of hyperscale companies, enterprises, and Switzerland as a whole.”

Green is owned by InfraVia Capital Partners who advised the company on the arrangement and execution of the refinancing. InfraVia acquired the company from Altic in 2017 for around $217 million.

Pauline Fiastre, Financing Director at InfraVia comments: “We are very pleased to have supported Green with this refinancing which will enable the company to pursue its growth trajectory and capture demand from customers looking for capacity in Switzerland. We secured a CHF 480m financing package executed on competitive terms in particular in the current macro environment.”