The South Korean memory chip manufacturer said the new ZNS SSD offers a 30 percent improvement in speed and reliability and an improved shelf life compared to its previous SSD. 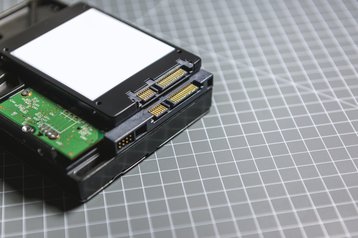 ZNS is SK Hynix’s own software which - unlike the other SSDs - which store music, photos and videos in the same place, ZNS SSD can group different types of data based on type and frequency of use.

Development of the ZNS SSD is expected to be completed by the end of the year, a commercial version of the SSD will be released in the first half of 2020.

Speaking to The Korea Herald, a SK Hynix spokesperson said: "With the arrival of artificial intelligence and the big data era, there have been increasing demands for improved SSDs from data center operators. ZNS SSDs are expected to meet those demands as their data processing is about 30 percent faster and they have about a longer lifespan compared to previous SSDs."

Late last year, SK Hynix, along with Samsung and Micron, was accused by Chinese government of artificially inflating the price of memory modules used in a wide range of electronic devices, from servers to smartphones.

DRAM is an essential data center component, since no traditional server can operate without reliable access to memory. Manufacturing DRAM is a complex and expensive process, only feasible for a handful of global businesses - the rest simply repackage the silicon chips in various configurations.

SK Hynix, Micron and Samsung are not just the largest memory manufacturers - between them, these three companies control an estimated 95 percent of the worldwide DRAM market.