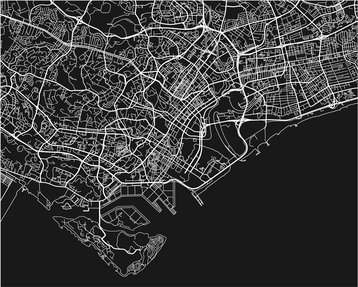 Singapore on Tuesday implemented its strictest measures yet to preemptively address a steady rise of confirmed Covid-19 cases, as the country went into what Prime Minister Lee Hsien Loong coined a 30-day “circuit breaker."

As with countries such as the UK and much of the US, exemptions are offered to essential services around food, energy and information and communications. Exempted services include submarine cables, Internet and mobile services, and data centers.

The official list also exempts specific industries such as semiconductors, as well as ship repair and aerospace maintenance. Notably, contractors and suppliers of equipment around energy generation, transmission, and distribution services are exempted.

Singapore had earlier been lauded by a Harvard study as the “gold standard” for case detection due to its strong epidemiological surveillance and aggressive contract-tracing efforts. Despite that, and a series of tightening measures, there has been a steady increase of Covid-19 cases that could not be traced to known clusters over the last two weeks.

“Looking at the trend, I am worried that unless we take further steps, things will gradually get worse, or another big cluster may push things over the edge,” Lee said in a televised announcement on Friday.

“We have decided that instead of tightening incrementally over the next few weeks, we should make a decisive move now to pre-empt escalating infections. We will, therefore, impose significantly stricter measures. This is like a circuit breaker.”

The measures introduced by Singapore are less strict than in many other regions. While retail shops are shuttered and workers from non-essential services are ordered to work from home, supermarkets and eateries remain open. The latter is for takeaways orders only with demarcated lanes for queuing with appropriate “social distance” of at least a meter from other customers. Public transportation also remains running.

Residents are also not restricted from leaving their homes to exercise or take a stroll. However, a temporary law passed on Tuesday will make it illegal for families or friends not living together to gather either in homes or public spaces - regardless of size.