Hoping to attract big tech companies in the region 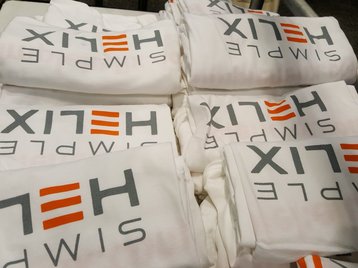 Simple Helix is a private company established in Huntsville in 2008 to offer web hosting services to eCommerce businesses. Until now, it has been hosting its infrastructure in data centers run by wholesale colocation providers in the US and Europe.

The new primary facility consists of two independent data halls, each having their own dedicated power and cooling equipment, and enough space to host 50 racks. Cooling is provided using a closed loop chiller system in a 2N configuration, and there’s 2N redundancy on generators.

The data center was built to Tier III specifications – although there’s currently no information on whether the company plans to apply for a corresponding certificate from either TIA or the Uptime Institute.

“Space, defense, and academia are Huntsville. They are all major components of our economy. Now, so is technology. Huntsville is repeatedly featured on lists of emerging technology hubs and places to watch. We wanted to embrace that reputation for technology and partner it with our southern hospitality to create a state-of-the-art enterprise-class data center with world class Huntsville based customer service,” Shickles said.

Next, the company plans to establish presence in Singapore and Sydney.