The company this month announced the launch of FastDeploy, a proprietary design and construction methodology based on prefabricated and transportable modular components. 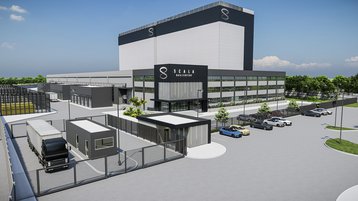 Scala said the new offering allows data centers to be implemented data centers up to 50 percent faster, initially with a capacity of 2MW and can be scaled by implementing additional MiniPODs delivering 60 racks per block. The pods can reach capacities of more than 20KW per rack.

The first markets to receive the FastDeploy solution will be Rio de Janeiro and Porto Alegre in Brazil, where the company has already started the construction of two regional data centers with initial capacities of 10.8MW and 7.2MW, respectively. The FastDeploy data centers are expected to be operational in the first quarter of 2023.

In Rio de Janeiro, the new facility is within a 70,000 square-meter (753,500 sq ft) campus to meet the demand of a global cloud provider with expansion planned for a total of 70MW. Two larger buildings are planned in the future.

In Porto Alegre, the new project will be officially launched in early October for a single-tenant anchored by a large content provider.

“With FastDeploy, our Hyperscale customers will be able to explore new regional and strategic markets in record time, with all the advantages that pioneering brings, scaling their operations as demand grows”, explains Marcos Peigo, CEO at Scala. “As FastDeploy's capacity blocks are independent and can be added up on demand, this approach allows for long-term contracts with smooth ramps of growth to higher demands. It will also allow for the implementation of shared buildings, without losing the individualized customization feature that was already available in our single tenant developments, and present in high-capacity buildings."

The company said the new solution will be used across its campuses to significantly reduce construction time and enable the company’s expansion to 15 new locations by 2023.