In the second phase of a planned four stage expansion

Satcom Direct has added 5,000 square feet of floor space to its Melbourne, Florida data center, doubling the size of the facility.

This expansion marks the completion of the second stage of a planned four-part expansion for the facility. 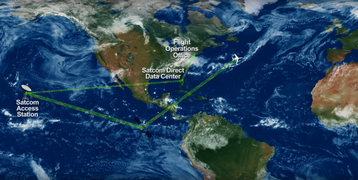 The company has said that the expansion has added enough space for at least 120 more server cabinets, bringing the total number of sever cabinets in the facility to 240.

Work has already begun on installing further infrastructure in the facility, and the third phase of the expansion is in the planning stage.

Chris Moore, president of business aviation at Satcom Direct, said: “The Satcom data center provides a self-owned, fully redundant and highly-scalable network. We can now further leverage the capabilities of our data center to support current and future internal and customer-facing services which will result in more data management options for our aviation clients.”

In addition to the Melbourne facility, the company operates a data center in the ViaWest Compark Data Center Complex in Denver, Colorado.