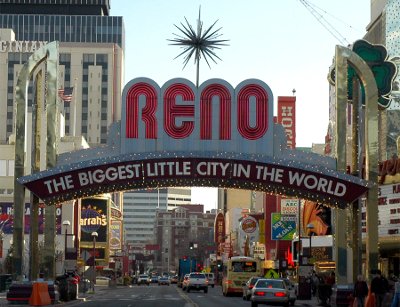 This will be a third phase of build-out on the campus, located in the Reno Technology Park, a large piece of land right outside of Reno that was developed to provide a wide variety of renewable energy options, including hydroelectric, solar and wind power, as well as natural gas.

Apple's first phase at the site was a 20,000 sq ft, 2.5MW “rapid deployment module.” In the second phase, the company added two data halls, as well as engineering and administrative buildings.

It has also signed an agreement with NV Energy, the local utility, to build a 137-acre solar array that will provide a portion of the power requirement of the campus.

Apple has publicly committed to 100% carbon neutrality for all of its data centers. It achieves this through a combination of on-site generation (solar and fuel cells running on natural gas) and purchase of renewable energy credits.

In March 2013, the company said it had achieved the goal of complete carbon neutrality for all of its live data centers, located in the US (California and Texas) and abroad (Ireland and Germany).

The Reno data center is new and was not part of the report, which covered Apple's operations in 2012. The massive data center in Maiden, North Carolina, which the company is using to showcase as its flagship effort to reduce its impact on the environment, is also not included.

The plan for reaching 100% carbon neutrality in Maiden was to build a 100-acre, 20MW solar array at the site and another one of similar capacity not far away. The arrays and an on-site Bloom Energy fuel-cell installation would generate 60% of the data center's power requirement, and the rest would be covered by renewable energy credits.

The main data center building in Maiden is 500,000 sq ft in size, although the company has not disclosed how much of it has been built out as data center space. It has also built a much smaller, 21,000 sq ft data center at the site and filed for permits to build another 14,000 sq ft facility there earlier this month.