The Malaysia-based Japanese-owned company acquired the partially-completed data center last year for $16m (RM69m) and are now working to complete the building. 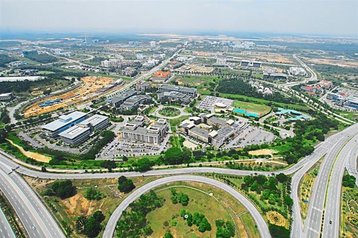 The largest single site in Malaysia?

At least 80 percent of the building is now complete, but it will take a year to install the data center equipment.

Speaking to The Star, Ryuichi Shimokawa, chairman for Regal Orion, said: “The center will have a total of 11,150 square meters (120,000 sq ft) of lettable space, capable of hosting 4,064 racks, making it the largest facility to be housed within a single site in South-East Asia.”

We have not been able to independently verify this claim.

Shimokawa, who owns 100 percent of Regal Orion, also said: “[The data center] will be fitted with the latest supercomputer technology and the first phase is expected to be fully operational by next October.

“Phase two would kick in between eight and 12 months after the launch, followed by phase three at the end of 2021.”

Most of the facility has already been rented out and the company is looking for more tenants to fill the second and third phase expansions.

Japanese telecoms giant NTT also has a data center in Malaysia. NTT’s facility in Cyberjaya was built in 2013 and is connected to the Asia Submarine-cable Express linking Malaysia, Japan, Philippines, Hong Kong and Singapore.