Qualcomm to lay off 269 staff, primarily from its data center business

Semiconductor company Qualcomm plans to lay off 269 employees at its offices in San Diego, California and Raleigh, North Carolina.

The cuts target several divisions, but the biggest impact is to be felt by the company's data center division, which has already gone through several rounds of staff reduction. The Information, which first reported on this month's news, claims that the division had roughly 1,000 employees earlier this year. After these layoffs, the figure is thought to be closer to 50.

The death of a division 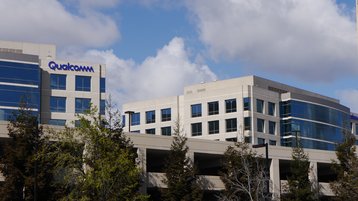 "Qualcomm is reducing our investments in the data center business but remains committed to business obligations and upcoming compute opportunities at the edge of 5G networks and AI inference cloud solutions," a spokesperson said in a statement to CRN.

"Qualcomm plans to continue supporting the HXT server joint venture in China. We are fully focused on executing on our 5G program."

The company, the world’s largest smartphone chip supplier, entered the data center market at the end of 2017, with the launch of its first server CPU, the Centriq 2400 – an Arm-based chip with up to 48 cores, manufactured on a 10nm process.

The chip appeared to be well received by the industry, and may have had success in the long run, but the division soon suffered after being caught in the midst of Qualcomm's wider business troubles. The company is fighting its largest customer, Apple, in court, and spent a large part of 2018 trying to stop a hostile takeover attempt by Broadcom - which worked, with the deal ultimately blocked by the US government, but proved a costly and unnecessary distraction.

With shareholders nervous, the company in January promised to make $1bn in cost reductions - with the data center business ending up taking the brunt of the cuts.

Some efforts were made to sell the division, Bloomberg reports, including to a group backed by SoftBank, but ultimately that failed as well.

The collapse of the division has proved useful not just for data center chip market leader Intel, but also those who have hired the hundreds of experienced semiconductor employees Qualcomm had brought together. Microsoft is reported to have hired a large number of those laid off in each downsizing round, and has even rented a floor in the same building that Qualcomm used to inhabit.

The Information reports that many of those hired by Microsoft have joined its quantum computing efforts, including senior executives from the engineering team.

Arm-chip startup Ampere is also thought to have hired a number of the affected employees.