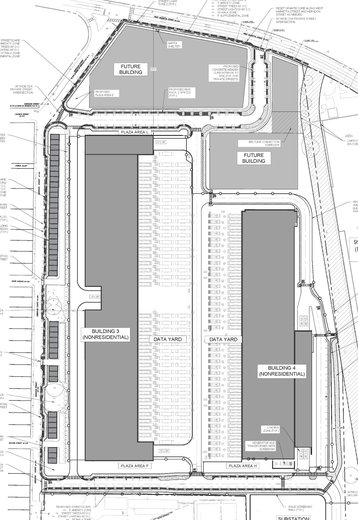 As part of the project, QTS will build 350 for-rent units in a mixed-use building southeast of the intersection of West Marietta and Herndon Streets and 50 townhomes down the eastern side of Herndon Street, What Now Atlanta reports. These will be built in a second phase, following the data center and office space.

Some streets will be expanded to accommodate the new buildings, while a new street is planned south of the data centers to provide public access to the Atlanta BeltLine, a former railway corridor around the core of the city, which is currently being turned into a multi-use trail.

It is this BeltLine that may have been responsible for QTS' reduced ambitions - the company has previously gone through lengthy planning processes with locals concerned facilities could infringe on land that would become public spaces in the future.

In 2019, the City of Atlanta updated its zoning ordinance to block data centers from building within 500 feet of the corridor.

Nearby data centers also have to gain a special permit to build out - with the latest planning documents coming via a BeltLine Special Administrative Permit (SAP) Application.