In a draft bill document published by the Chancellery of the Prime Minister outlines plans to develop a ‘National Data Processing Center’ (KCPD) to further strengthen the cyber security of government data and applications. 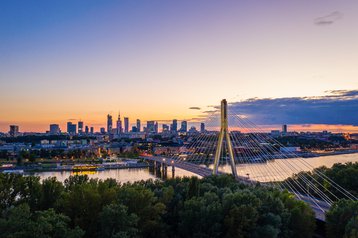 The bill said the new facilities would allow for the colocation and expansion of existing state systems and have space to meet the needs of new systems. It would help increase in the availability of e-services provided by public entities, increase and standardize the security of data held by the government administration; and ensure a safe location for state registers and the government cloud.

To be owned by the State Treasury (or a new state-owned entity), the project will comprise three data processing centers with an area of ​​up to 2,000 sqm (21,500 sq ft) each, located on the land of the State Treasury. Construction is reportedly planned for 2024-2026.

Further details weren’t shared, but the bill noted that the facilities would be capable of synchronous transfer of data from government administration resources.

The centers would also comply with the European Code of Conduct on Data Center Energy Efficiency, including areas such as renewable energy use and/or on-site renewable power generation, and use hydrogen fuel cell technologies.