Two funds will invest up to €3.5 billion in Sines 4.0 project

A new multi-billion dollar hyperscale data center campus has been announced in Portugal.

Located in Sines, around 150 kilometers south of the capital Lisbon, 'Sines 4.0' could grow to up to 450MW.

Start Campus, a company owned by US-based Davidson Kempner Capital Management LP and UK-based Pioneer Point Partners, will invest up to €3.5 billion ($4.21 billion) into the project.

The campus will consist of five 90MW sea-water cooled buildings on land adjacent to a recently decommissioned coal power plant in the city. The inauguration of the first building is scheduled for the end of 2023. 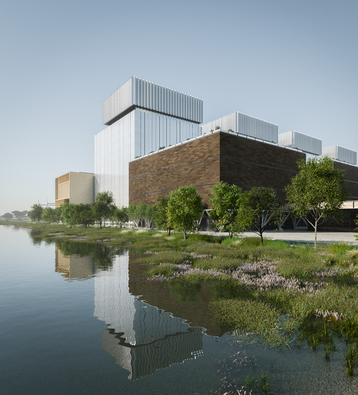 “Sines 4.0 is a large-scale 100 percent green data center that responds to the needs of the global market. The availability of cheap local green energy combined with geographical proximity to three other continents with fast connections using new high-speed subsea cables make Sines an ideal location that will propel Portugal onto the international data traffic and data center stage,” said Sam Abboud a founding partner at Pioneer Point Partners.

Sines is the European landing point for the 5,900km EllaLink submarine cable which crosses the Atlantic to Brazil. Featuring four fiber pairs and a capacity of 72 Tbit/s, it is due to go live in Q2 2021.

The Sines project was developed in partnership with AICEP (Agency for Investment and Foreign Trade of Portugal), the Municipality of Sines and the Portuguese Government.