A boost to quantum research

OVHcloud is making Atos' quantum simulation system available as a service on the cloud.

The partnership will expand access to the Atos Quantum Learning Machine (QLM), which simulates up to quantum computers using GPU accelerated hardware. The deal will boost quantum computing research, so laboratories, universities and startups can develop quantum software in parallel to the development of quantum hardware. 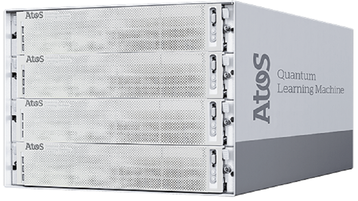 The Atos QLM is a well-established quantum emulator. It was launched in 2017 and uses Atos’ BullSequana X800 servers and produces simulations of quantum computers based on three different quantum programming modes - the gate model, the annealing model and the analog model.

The system hosted by OVHcloud will support up to 38 qubits in double precision, and solve quantum annealing problems of up to 5,000+ qubits.

The announcement will be highlighted at the France Quantum conference next week, and is designed to make quantum emulations technologies more accessible, so research institutions can get a head start on quantum applications, and build an ecosystem that will be needed for commercial development of quantum computing.

In particular, the partners say this simulator can help pave the way for applications to run on first generation quantum processors known as NISQ or Noisy Intermediate Scale Quantum systems.

OVHcloud plans to offer quantum computation solutions through Jupyter Notebooks, an open-source data science platform for developing and sharing projects, based around languages including Python.

"The quantum revolution and the deployment of the first use cases cannot be achieved without the Cloud, whose consumption mode and freedom of use are uniquely able to unite expert communities,” said Thierry Souche, CTO, OVHcloud.

Emmanuel Le Roux, SVP, Director of HPC, AI and Quantum at Atos, said: "Thanks to OVHcloud, we can offer an 'as a service' cloud version to democratize and share our quantum emulation technologies more widely to prepare for the future. We are convinced that the future of high-performance computing lies in the hybridization of our technologies, between traditional computing and the integration of co-processors, accelerators, quantum, and cloud technologies."

The quantum announcement comes alongside the final publication of a report from accident investigators BEA-RI, on the disastrous fire which destroyed its SBG2 data center in Roubaix in March 2021. Moisture was detected around an inverter in the power room where the fire started - but the fire still remains without a formal explanation.

At the same time, a class action has been brought against OVHcloud from customers asking the company to compensate them fully for losses caused by the fire.