OVH is bringing its OpenStack-based public cloud to Asia Pacific

Open source infrastructure services will be delivered from Singapore and Sydney

The infrastructure supporting the roll-out will be hosted in data centers in Sydney and Singapore, owned by an unnamed third party.

The company says additional locations will improve overall resilience and latency of its cloud offering, and will be especially useful to European companies that require digital presence in the region.

The move increases the number of OVH Public Cloud locations from six to eight.

“It’s exciting to see a pioneer in open infrastructure like OVH operating OpenStack at scale on four continents, with more than 260,000 instances,” said Mark Collier, COO at OpenStack Foundation. “OVH's involvement in the OpenStack community since 2014 has proven that open collaboration works, and we look forward to their continued success as they expand into APAC this year.” 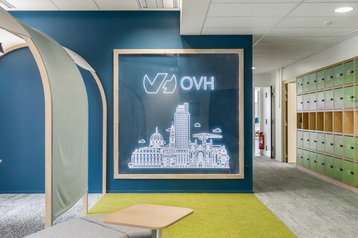 Roubaix-based OVH Group runs a global network consisting of 28 data centers across 19 countries, supported by thousands of miles of dark fiber. It looks after some 300,000 servers, and hosts more than 18 million web applications.

The company was established by Octave Klaba in 1999 and remains private. In 2018, the charismatic founder stepped down as CEO for the second time, to be replaced by telecommunications industry veteran Michael Paulin; Klaba continues to serve as the chairman of the board.

OVH runs one of the world’s largest deployments of OpenStack - a modular, open source cloud computing platform that consists of more than 40 individual projects, each with their own development teams and goals.

The company also operates a separate cloud business based on software from VMware, built following the acquisition of vCloud Air in 2018.

All the customers in new regions will have access to the company’s own 16Tbps fiber backbone, with up to 10TB of free traffic. Just like with any other service from OVH, anti-DDoS protection is included as standard, free of charge.

“Delivering a fast and reliable service to our customers is paramount to everything we do at OVH,” Paulin said.

“By adding Public Cloud regions in APAC, we commit to develop in this region of the world and aim to support the local cloud users’ growth. It aligns with our multi-local strategy, placing data centres physically closer to local end-users. It also benefits our EMEA customers looking to do business in APAC, where OVH has operated since 2016.”