Company building second facility in Limburg, and is expanding in Canada

OVHcloud is building a new data center in Limburg, Germany, and planning to expand its footprint in Canada.

The French hosting and cloud company this week announced that it has launched the construction of its second German data center in Limburg, located north of Frankfurt. 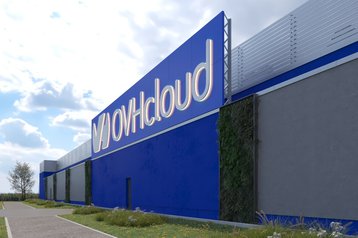 “The value creation of companies today is unthinkable without knowledge and information in the form of data. They are the capital of a modern economy and need protected spaces in which they are stored and processed," said Falk Weinreich, OVHcloud general manager, Central Europe. “Our challenge is to ensure that our cloud solutions have the lowest possible carbon footprint and that our data center blends perfectly with the natural environment. In this way, we connect digitization with the real world.”

OVH announced its first facility in Limburg in 2016 and launched it the following year. Known as LIM1, the facility offers capacity for up to 45,000 servers across 4,000 square meters (43,050 sq ft) inside a former industrial building.

The groundbreaking ceremony for the new data center was held in the commercial area at the Limburg ICE train station to the south of Limburg. OVH’s existing facility is located at Limburger Str. 45, in the north of the town.

In the press release, OVH emphasized the green credentials of the new facility. The company said the new data center will cover 100 percent of its electricity needs from renewable sources via regional provider Energieversorgung Limburg (EVL) , use OVHcloud's patented water cooling technology, see waste heat from the servers used for underfloor heating in the adjoining offices, and have an ecological green roof with plants on the facades and trees on the site.

"The construction of the new OVHcloud data center speaks for the advantages of Limburg as a location for the digital economy," said Dr. Marius Hahn, Mayor of Limburg. "We are proud that OVHcloud has once again decided to invest in future technologies at the Limburg site and to set a milestone in terms of sustainable data centers."

The company is also developing a data center in Toronto, Canada. Announced in June of this year, details around specifications or location weren’t provided beyond the fact it is due to launch in 2023. The company currently operates several Canadian facilities in Beauharnois, Quebec.

These two new data centers are the company’s first expansion announcements since a major fire at one of its facilities in Strasbourg last year.

The company is still facing class action lawsuits over the incident, which started in SBG2’s power room. A report by the official French accident investigator BEA-RI does not give a definitive cause of the fire, but notes there were high moisture readings near one of the inverters in a power room during the hour before the fire started.

This week, OVHcloud also announced its chief financial officer Yann Leca would be leaving the company at the end of October, after the announcement of the financial results for the 2022 fiscal year.