Building a business off of data sovereignty restrictions

Capgemini and Orange are setting up a new cloud company to meet the stringent sovereignty requirements of French state and critical infrastructure.

'Bleu' will offer Microsoft Azure and 365 cloud services, but Capgemini and Orange will control the data centers, which will be separate from the wider Azure infrastructure. 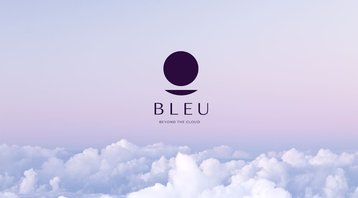 This should mean that Bleu can be classified as a "Cloud de Confiance” and receive an ANSSI SecNumCloud label. This will allow the company to bid for government and critical infrastructure jobs that foreign companies are blocked from participating in under a new French cloud strategy.

It is not clear who will own the data centers, and whether Bleu will rent space at colocation providers, but they will be "strictly separated from Microsoft’s global data center infrastructure," the company said.

The sites will be operated entirely by Bleu staff, in France. It may use Microsoft Azure Stack, the company's Edge and on-premise offering.

The deal is an evolution of what Microsoft has previously tried in Germany. Back in 2015, the company put Deutsche Telekom in charge of its data there.

Subsidiary T-Systems acted as the trustee of the data, but the facilities were still owned by Microsoft. The partnership was killed off in 2018 after limited take-up and added costs. Now, Deutsche Telekom is moving its operations to Azure, and reselling the standard cloud service to customers.

Since the failed 2015 experiment, Europe's attitude towards data localization has only hardened - but US cloud providers continue to dominate the market.

The EU hopes to knit together a patchwork of local offerings, and European-law-abiding-foreign-businesses, under the Gaia-X cloud banner.

Both Orange and Capgemini are members of the federated data infrastructure initiative, and expect Bleu to join it when it is ready. Orange, meanwhile, is moving most of its IT to Google Cloud.

Microsoft recently announced its EU Data Boundary for the Microsoft Cloud pledge, promising that by the end of 2022 the company will process and store all EU data with the union's territory, and never need to move data beyond its borders.