In race to compete with major cloud vendors

Oracle is launching a specialized UK Government Cloud service housed in its own data centers to enable public institutions to safely transition workloads onto the cloud.

The service has been certified by the UK government’s Cyber Essentials Scheme, a set of technical controls to verify organizations’ ability to counter cyber threats, and has obtained the standard ISO 27001 certification. The latter - in addition to the American HIPAA, SOC1 and SOC2 certifications which the company obtained in March - also unlocked opportunities for Orcale in the US public sector. 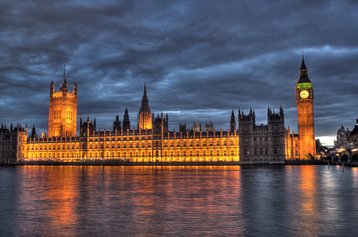 Despite jumping onto the cloud bandwagon later than AWS, Microsoft, IBM and Google, Oracle has set its sights on the Infrastructure-as-a-Service market, promising to compete with major vendors.

Last year at Oracle’s annual conference in San Francisco, the company’s CTO Larry Ellison vowed to take on cloud giant AWS, stating that “Amazon’s lead is over,” and that it would have to face “serious competition going forward.”

In April, the company’s co-CEO, Mark Hurd, went as far as saying that the reason Oracle has fewer data centers than its competitors is because it is able to cram more compute into its facilities, implying that the company possesses technology “two-times faster” than the likes of AWS, Google and Microsoft.

Although ostensibly driven by hubris, Oracle has injected much of its resources into its IaaS expansion (to the point of cutting between 450 and 1,800 hardware jobs, depending on sources), having recently launched regions in Germany, the US, Turkey and the UK. This brings its cloud region count to 29, each comprising one or more data centers.

To compare, AWS has 43 so-called availability zones, which also account for at least one data center, and has plans for an additional 11. Microsoft’s Azure has 34 regions and has announced another six to come.

Britain’s public bodies are encouraged to (but don’t always) solicit cloud, software and digital support services via the G-Cloud framework, a government initiative which facilitates the procurement process of said services, allowing organizations to bypass the usual tendering system.

G-Cloud is one of three subcategories on the Digital Marketplace platform, which also enables procurement of physical data center space (provided exclusively by Crown Hosting) as well as dedicated consultancy and research services via the Digital Outcomes and Specialists framework.

G-Cloud vendors - of which there are several hundred - include Memset, NTT, Vodafone and Oracle.