Oracle names DoD staff in lawsuit against the Federal Government

Details of Oracle’s lawsuit against the US Federal Government over the Pentagon's Joint Enterprise Defense Infrastructure (JEDI) commercial cloud contract have emerged, revealing allegations of conflicts of interest between the Pentagon and the main contender for the project, AWS.

Last week’s complaint was confidential when filed, and said to contain “proprietary source selection and proposal information not appropriate for release to the public.”

However the lawsuit was unsealed yesterday, detailing Oracle’s objection to the likelihood that the contract, expected to last up to 10 years and be worth as much as $10bn, will be awarded to AWS. Oracle is complaining, on the grounds that two senior DoD officials involved in the JEDI project formerly worked for the cloud provider. 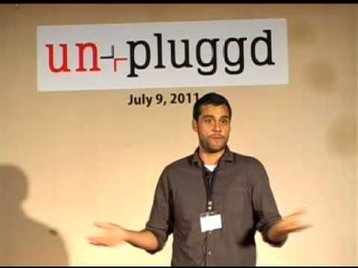 Deap Ubhi, the first accused in Oracle's lawsuit against the Federal Government – YouTube

First named is Deap Ubhi, a former project manager for the contract, who served on Amazon’s Startup team from April 2014 before joining the DoD in 2016, and then went back to AWS as a general manager late last year.

The lawsuit claims that while he was involved in discussions regarding the JEDI contract, Ubhi considered selling one of his businesses to AWS.

What’s more, it alleges that not only did Ubhi lead the decision to award the contract to a single vendor, but that he exchanged derogatory messages with his colleagues about competitors and DoD members considering other vendors than AWS.

Finally, it claims, the DoD failed to investigate the alleged conflicts appropriately.

The second person targeted by Oracle is Anthony DeMartino, the chief of staff for the Deputy Secretary of Defense. DeMartino, it claims, was involved in discussions about the contract for a period of six months, touting a single vendor approach, whilst simultaneously providing consultancy services to AWS. 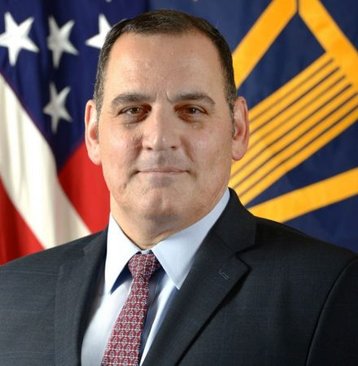 Anthony DeMartino, the chief of staff for the Deputy Secretary of Defense and an AWS consultant

The claims follow on a long string of complaints and accusations by contenders and government officials: Oracle challenged the bid once before, in August, when it lodged a formal protest against the Federal Government, claiming that the single award is an infringement of the official government line favoring a multi-vendor approach, that it restricts competition and that the Pentagon may have dismissed conflicts of interests within the Department of Defense.

However, the General Accountability Office (GAO) rebuked the allegations and the protest was dismissed.

Earlier this year, it also emerged that Oracle, Microsoft and IBM had engaged in lobbying efforts against AWS in the bid for JEDI, and IBM wrote an open letter to the U.S. Government Accountability Office criticizing the contract’s premise, stating that its ten year timeframe would inhibit the military’s access to the best technologies, and that it goes against the government’s own best-practices, which call for a multi-cloud, technology neutral approach to provisioning.

Google backed out from the bid in October, citing a lack of certifications and fears that the contract may contradict its AI Principles - a code of conduct written by the company after employees criticized its involvement in Project Maven, a secret Google Cloud product for the US military aiming to use Google's image recognition technology in DoD drones.

Microsoft employees later raised similar concerns, publishing an open letter stating that the company’s cloud platform should not be used for the benefit of the US’ military industrial complex, while Amazon’s Jeff Bezos defended tech companies’ involvement in military operations.

Most recently, two Republican members of Congress, Steve Womack and Tom Cole, called on the Department of Defense's inspector general to investigate “a contract structure that has been widely criticized by Congress and industry,” with claims that relying on a single vendor would hinder competition and fail to encourage innovation.

The pair also claimed that high ranking individuals at the DoD have “significant connections” to the favored contender – though their allegations have since been denied by the lawyers representing those named in the claims.