Wuhan General Group (China), Inc., a technology investment company based in Nevada, is currently negotiating with the owners of a data center housing infrastructure for the US Department of Defense, hoping to turn it into a cryptocurrency mine.

Initially, Wuhan wants to fit out a 3MW facility that would house up to 1,300 mining machines, generating “all major cryptocurrencies” – including Bitcoin and Zcash.

The exact location of the data center has not been disclosed. 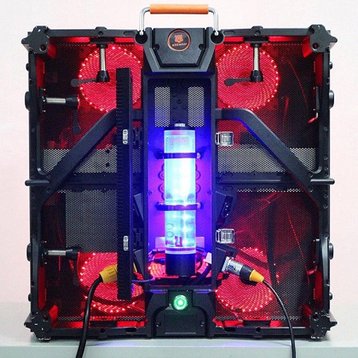 Wuhan General has a long and confusing history – it describes itself as company “focused in [sic] cryptocurrency mining operations” and is registered in the US. At the same time, it retains Chinese subsidiaries that manufacture industrial blowers, power generation equipment and other industrial machinery in Wuhan, the capital of Hebei Province in China. The holding company went public in the US in 2007, after a reverse merger with the defunct United National Film Corporation.

Adding to the confusion is the fact that Wuhan is about to spin off its Canadian industrial battery business under the name Strategic Development of Technology (SDT) - while the core of the company “will focus its operation on large-scale mining cryptocurrency farms and explore other potential avenues and acquisitions to bring additional sources of income and assets to the company.”

Wuhan has an ambitious plan to enter the cryptocurrency market with a 30MW mining facility deployed in less than 18 months.

The first phase of the project will feature 1,300 ASICminer rigs, with the first order expected to arrive in October. According to the company’s estimates, this batch of machines could earn in excess of $3.5 million every month, based on current cryptocurrency market prices.

"We had planned to build this operation three months ago, but with the bearish cryptocurrency market, we took a step back to reassess our strategy,” said Ramy Kamaneh, CEO of Wuhan General.

“The decision to wait for market stability was a good one, especially considering many cryptocurrency machines are no longer profitable in the current market. We acted in the best interests of the Company and its shareholders and firmly believe that the market has bottomed and a bullish market is starting again."