The center will stick at five gensets, instead of the 28 it asked for in 2012

NTT Data Services has reduced the number of diesel permits at a Washington State data center it has acquired from Dell. The facility is in Quincy, where the backup generators of several large data centers once raised pollution fears.

The data center opened in 2012 with licences to run up to 28 diesel generators, each operating at up to 3MW, but has now reduced its permits to five, according to a report in the Columbia Basin Herald. The facility handled cloud services, and is passing to NTT Data Services, which bought Dell’s Perot services business in 2016. 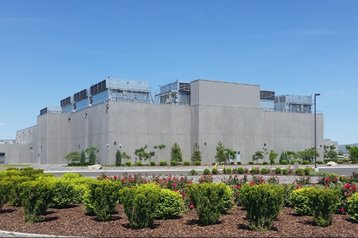 “In the notice of construction for the Quincy center, they asked for a capacity for 28 generators, but they only ever installed five,” Brook Beeler, of the Washington State Department of Ecology told the Herald.

Quincy has cheap electricity which has lured several data centers including Yahoo, Microsoft, Intuit and Vantage,

Residents have been unhappy with the diesel generators installed to support the data centers, seeing them as polluters. In fact, although the New York Times took up the protest, the diesels are not big polluters as, apart from emergencies, they are only fired up for a few hours each year for testing.

NTT’s decision to hand back the unecessary permits will save a small amount of cost, but presumably has more to do with clarifying that its future plans for the site won’t expand beyond 15MW.

This sort of scaling back of diesel permits is unusual, reports the Herald: “I don’t think this has happened before, at least not in Quincy,” said Beeler.