Nissan has signed a contract to move its high-performance computing workloads onto Oracle Cloud Infrastructure.

The Japanese automotive company previously ran the simulation software in its own data centers, but decided that the investment would bring better returns using Oracle’s kit and platform, as it pushes to improve the design of its cars.

The company uses computational fluid dynamics (CFD) and structural simulation to test out development models’ aerodynamics and physical integrity, which it says will be more energy-efficient and cost less overall on Oracle’s bare-metal, GPU-accelerated hardware.

The cloud provider’s executive VP Clay Magouyrk said he was “excited to work alongside Nissan” and that as a company Oracle has worked hard to develop a range of services for the automotive industry including “computationally intensive” and “extremely latency sensitive workloads” needed by Nissan “to build the next generation of vehicles.” 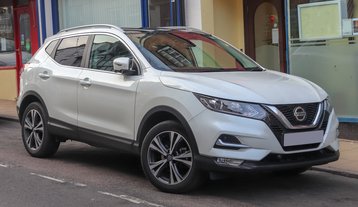 It’s been a tough year for the automotive sector, as the coronavirus pandemic has hit sales hard.

With cost savings in mind, car manufacturers are turning to cloud providers to process increasing floods of data - from artificial intelligence and machine learning workloads to automate vehicles to ‘connected car’ systems, sensor data analytics - and, like Nissan, HPC loads.

As of June, France’s partially state-owned car company Renault signed a multi-year deal with Google to store its data on the company’s cloud and make decisions based on the analytics available on its service platform.

Even prior to the Covid-19-induce economic downturn, Nissan was experiencing troubles of its own, registering its worst year-on-year results for a decade in 2019.

This prompted it to formulate a global restructuring plan in an effort to cut costs, implement rationalization measures, and return to profitability by 2023.

It will downsize global production, discontinue its unprofitable models, and focus on improving its electric vehicle range, which it hopes will account for 60 percent of all vehicles in Japan in three years’ time.