While we all wait for autonomous vehicles, is a more useful technology already here?

Autonomous vehicles have played a big role during the extended hype for Edge computing. How can trucks and automobiles be trusted to drive themselves, without access to accurate and reliable low-latency information about their surroundings?

On the face of it, this is obvious enough. It’s easy to imagine a car on a poorly lit street plowing into a pedestrian because Internet image processing servers can’t return the analysis of its visual field quickly enough for it to take evasive action.

In fact, the vehicles will need to respond so swiftly that a lot of autonomous vehicle tasks will have to be carried out using on-board systems, independent of the net wherever possible.

This feature appeared in the DCD Magazine Edge Supplement. Read the full issue for free here. 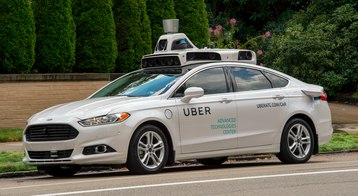 In the last 18 months, this has seemed somewhat academic. A test vehicle operated by Uber Advanced technologies Group was involved in a fatal crash, and the company - one of the cheerleaders for autonomy - ended all testing on public roads.

Facing actual technical problems and customer skepticism, companies have dialed it back.

In 2015, Google‘s Waymo division has clocked up some five million miles of autonomous driving, monitored by a person in the cab. The company expected it would have 20,000 cars on the streets in 2020: we’re still waiting. And despite early promises of fully self-driving cars, Tesla now sells its AutoPilot as a driver assistance system, designed to help with braking and keeping cars in lane, that might evolve into something which can take over the driving in future.

Even if AVs are delivered, it’s not at all clear that consumers will accept them - although the autonomous vehicle community suggests this may be irrational: A Virginia Tech Transportation Institute study (commissioned by Google) found that even at their current level of development, autonomous vehicles have a crash rate of 3.2 accidents per million miles, less than the US national rate of 4.2 accidents per million miles.

Back in 2016, when AV optimism was at its peak, University of Michigan professor Huei Peng promised: “Fully automated, self-driving vehicles are considered perhaps the best way to reduce or eliminate traffic deaths by taking human error out of the equation.”

Now, however, public activity is quiet, though a series of low-key announcements have been ticking along: as we write this, Uber has been granted a license to return its AVs to Californian roads, and a Nissan Leaf navigated its own way over 230 miles in the UK.

Regulations are evolving too: Nuro won the rights to dispense with a manual steering wheel for its vehicle - classified as a “delivery robot”- which doesn’t have room for a human occupant in any case.

But while autonomous vehicles are quiet, there’s still a steady stream of activity behind the scenes in a technology which AVs need - and which seems likely to succeed whether or not AVs ever leave the garage. 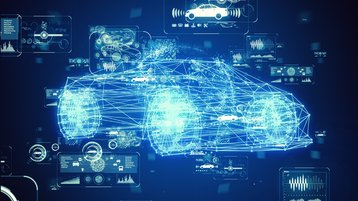 Design and manufacturing firm Flex says such a system needs long battery life, powerful antennas, and modular construction to fit a variety of niches. Vehicles will be able to share their location, speed, and direction 10 times per second through messages that can travel 300m and pierce snow, rain or fog.

“Through a connected dongle, drivers can relay seamless, real-time data to a connected device to better understand driving and/or vehicle behaviors,” said a Flex spokesperson.

“This data may be used to improve efficiency, whether that be through changing driving habits or re-calibrating components for optimization.”

V2X devices are usually embedded in vehicles and road furniture, and software can run on existing mobile devices or embedded technology - or even on the cloud. The data used by these systems will be kept local when needed and backed up to the cloud.

It seems clear that V2X technology is coming onto our roads, and will generate a certain amount of the Edge capacity demand that was predicted for autonomous vehicles.

V2X is generally less controversial than autonomous vehicles, and usually has a clearly defined purpose with measurable benefits. It’s also indifferent to whether the vehicles it augments are driven by humans or machines.

V2X should be able to deliver a lot of the safety benefits originally claimed for autonomous vehicles.

“Connectivity enables smart decisions by individual drivers, by self-driving vehicles, and at every level of automation in between,” according to Professor Peng. “It can transform a group of independent vehicles sharing a road into a cohesive traffic system that can exchange critical information about road and traffic conditions in real time.”

If one vehicle slips on ice in fog or thick snow, all the following drivers, whether human or automaton, will know to slow down before they see a problem: “A potential 100-car pileup could become a two-car fender-bender, or be avoided altogether.”

For more Edge coverage, be sure to read our free supplement covering smart cities, manufacturing, healthcare systems, and more.

It’s not autonomous driving as we know it, but here are some of the ways vehicles are getting smarter and more connected.

Sensors on the vehicle spot obstacles and apply the brakes. Many top selling new cars have AEB, says Peter Shaw, CEO of vehicle safety specialist Thatcham Research: “Preventing the crash from happening in the first place now must be the focus and that starts with having AEB as standard.”

Regulators including the US FCC and Europe’s ETSI have allocated 5.9GHz radio spectrum for “intelligent transportation systems” (ITS) based on dedicated short range communication (DSRC). It's already used for road pricing and collecting tolls.

Which direction is that siren coming from? Systems in development will signal the location and travel of emergency vehicles - and in future, also turn traffic lights green for them

Cooperative adaptive cruise control (CACC) coordinates the speed and travel of vehicles, reducing drag and saving fuel. Platooning is being tested by Volvo, Daimler, and Tesla in the US.

1,600 locations in the US are testing traffic lights which communicate on the cellular network to tell drivers how long they have to wait, avoiding the temptation to drive dangerously.

Vehicle to pedestrian (V2P) technology could link vehicles with smartphones, to tell cars where pedestrians are.

Cyclists can be unpredictable, and hard to see in a vehicle’s blind spot. Bikes could carry a beacon for V2B comms, but cyclists are not instantly keen.