NextDC results show cost of buying back its data centers

NextDC has released half year results which show the cost of buying back the properties occupied by its data centers,

The two-year battle to reclaim the properties from a majority shareholder has left the Australian data center operator down $2.1 million (AU$3 million) In the first half of 2019. 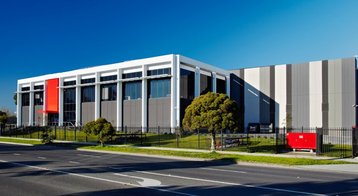 The Australian data center operator spent much of 2017 and 2018 attempting to buy back property trust Asia Pacific Data Centres.

NextDC once owned APDC before spinning it off in 2013, as a property trust which owns the land occupied by NextDC’s S1, M1 and P1 data centers, located in Sydney, Melbourne and Perth, adding up to a AU$200m ($158.7m) portfolio.

NextDC managed to buy back the property trust for $187 million (AU$261 million) from majority shareholder 360 Capital, but the purchase will leave NextDC with lower interest and distribution income in the next half of 2019.

As a result, the company revised its full year guidance down. Revenue was revised down from $183-188 million down to $180-184 million.

Chief Executive Craig Scroggie said "Today's results are in line with plan [sic] and are a testament to NextDC's strong fundamentals reflecting the inherent operating leverage of the business," Scroggie said. "The first half was a record period for new investments."

NextDC added another 215 new customers in the half, bringing the total to 1,090, while the number of interconnections was up by around 2,500 to reach nearly 10,000, representing 7.7 percent of recurring revenue.

Another highlight was the opening of S2, NextDC's second Sydney data center, for early customers while the company continues to build out another 8MW of capacity.