Sweden's tax authorities have re-interpreted the country's energy taxes, effectively taking away a subsidy from local data center operators, while handing money to Facebook, according to businesses in the country.

Data center operators have been exempted from virtually all energy taxes, reducing their operating costs and enabling them to compete against other Nordic firms. However, earlier this year Skatteverket, Sweden’s tax agency, reinterpreted that incentive, and Swedish data center providers say it is now virtually impossible for local colocation providers to benefit, while webscale operators like Facebook, Google and Amazon continue to claim the generous tax break.

Since the agency changed the way the rules are applied, at least one operator has gone bankrupt, citing the change as a contributing factor. 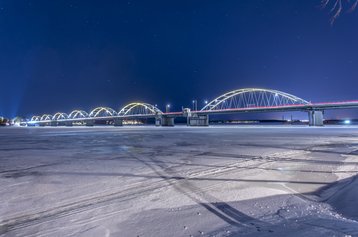 In January 2017, the Swedish government introduced a tax incentive for data centers, giving them a 97 percent cut in their energy tax, effectively reducing their electricity cost by about 40 percent. The exemption was designed to give the Swedish data center industry the same kind of support offered to other industries such as paper and steel, and enable Swedish data centers to compete internationally.

Since the re-interpretation of the rules, the tax break is doing almost exactly the wrong thing, according to a group of local operators. It is penalizing Swedish data centers, and handing money to international firms like Facebook who operate services from facilities inside the country,

The new regime "is defined to harm Swedish and interests and make it easier for the big cloud giants," commented Jon Karlung, CEO of Swedish operator Bahnhof. "They have decided to give away the Swedish tax payers' money to Facebook. It is counter productive."

Originally, a colocation provider, which made at least 75 percent of its revenue from data center services, could claim the tax incentive on the energy used in the whole facility, and pass the benefits to its customers. Now, the benefit can only be claimed by the owner and operator of the IT equipment, not the facility - and only by those with using more than 100kW of electricity.

This means that colocation providers have to ask their customers to apply for the benefit themselves, and their smaller customers will have to pay more. It also means that companies who run their own data centers to deliver services - such as Google, Microsoft, AWS and Facebook can continue to claim the benefit as before, although as the objectors complain, their business is not providing data center services, but cloud and social media services.

"If authorities were aiming to create work they were successful," said Lars Schedin, CEO of EcoDataCenter. "If they wanted to create a sustainable and logical condition for the market, then they have failed big time.

"Sweden has a completely different definition of a data center from any other country," he continued. According to the new regime, "the owner of the server is providing the data center service - which is ridiculous. How could huge international companies. providing a different service, be considered as part of the Swedish data center industry?"

Opposition to the new regime is strong, but there does not seem to be a formal channel to challenge it.Operators including Bahnhof, Digiplex and EcoDataCenter are attempting to bring up the issue, and told DCD that they hope an industry group such as Business Sweden can find a way to challenge the new interpretation of the rules.

"Customers with more than 100kW can recoup this with our help," he told DCD. "We think smaller ones can recoup it, but it requires additional administrative work on our part. It would have been better if we could have claimed it back in one go."

Other providers, who operate in niche areas, or who only serve smaller customers, may not be so lucky. In March of this year, Swedish data center company Bolooba, which wanted to provide specialized AI colocation services run on GPUs, filed for bankruptcy, and said the new regime was one of its major problems.

Speaking to SverigeRadio, Jacob Callmander, bankruptcy administrator, said: "One of the reasons for the bankruptcy is that the Swedish tax agency changed the principles for regaining energy tax, which was previously an important piece of the puzzle in the company's budget work, then energy prices have gone in the wrong direction."

Will Calvert also contributed to this story.