Facebook is part of a 107MW deal to back the construction of Snipesville II, a solar farm in the state of Georgia.

Walton Electric Membership Corporation (EMC), on behalf of the social media and advertising company, signed a contract with Silicon Ranch, a US solar platform for Shell, to develop the project. 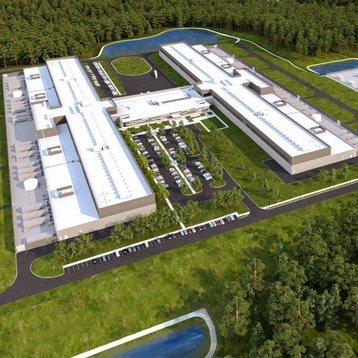 When the data center was under construction in 2018, EMC initially hired Silicon Ranch and another solar firm, Strata Solar, to provide more than 200MW for the campus. This followed Facebook's announcement in August last year that it would run its data centers on 100 percent renewable energy.

Snipesville II will come online in 2021 and be Silicon Ranch's largest facility in Georgia, consisting of more than 350,000 solar panels. Silicon Ranch is already building a 102.5MW solar farm in Blakely, Georgia, to power the Facebook data center, it is expected to be online by the end of this year. Snipesville II follows Snipesville I, a smaller 61MW location also developed by the same company and also earmarked for completion in 2021 - but the farm is not expected to be used by Facebook.

“Silicon Ranch is a proven performer,” said Walton EMC CEO Ronnie Lee after the deal was struck. “We are extremely happy to be working with them again in meeting Facebook’s goal of supporting their data center with 100 percent renewable power.”

Urvi Parekh, head of renewable energy at Facebook, said: “We are excited to be partnering with Walton EMC and Silicon Ranch once again to bring additional solar energy to the Georgia grid... This new project will provide additional investment in rural Georgia and help us reach our goal of 100 percent renewable energy for all of our operations.”