Can Utah stay in the race for Facebook’s data center?

With Facebook looking to build a sizeable new data center in either New Mexico or Utah, the road from idea to construction is long and complicated. Both states have rolled out tax incentives to entice the US corporation, but now a series of crucial votes stand between Facebook and its goal. 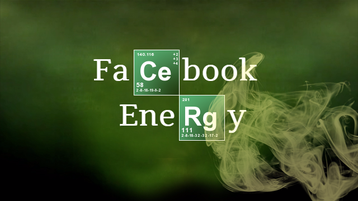 The Albuquerque Journal reports that the New Mexico Public Regulation Commission (PRC) approved the application from PNM in a unanimous vote.

“There are a lot of people who worked on this from the governor’s office right down to the council of the village of Los Lunas,” Commissioner Sandy Jones said.

“We’re being asked to do our small part in this case. I wish we could bring in more projects like this.”

PNM’s special services contract would include the construction of three new solar arrays and a high-voltage electric line to help power the facility primarily with renewable energy.

The contract states that PNM would provide electricity to Facebook on a fixed rate for 10 years, with a formula deciding costs afterwards.

PRC filings suggest Facebook could pay PNM around $31 million per year, but a request by the PRC for PNM to provide an annual report disclosing revenue gained from Facebook was retracted over suggestions that it could reveal sensitive information about Facebook’s business.

However, PNM has confirmed that the utility’s customers, some 530,000 residents, will not have to cover any of the costs of the project should it happen, as it will be entirely funded by Facebook.

The contract also contains a ’green energy rider,’ which means the utility can purchase renewable energy for just one large customer.

Previously, the Los Lunas Village Council approved up to $30 billion in industrial revenue bonds for the project.

In addition, Los Lunas has offered a 100 percent property tax abatement over the next 30 years, as long as it gets a payment-in-lieu-of-taxes plan that starts with $50,000 a year with the construction of the first building, rising up to $100,000 per year by the time the sixth building is complete.

Should it proceed, the New Mexico data center is expected to bring in up to 300 construction jobs over seven years, and up to 50 full-time jobs in the facility’s initial phases.

“We thank the PRC for its decisive vote and contribution to our ongoing efforts to bring more jobs to our state,” state Economic Development Department Secretary Jon Barela told the Albuquerque Journal.

“This action paves the way to potentially create large-scale economic growth and strengthens our efforts to diversify New Mexico’s economy.”