Networks down in Lebanon as Ogero workers strike

Areas of Beirut and towns across the country have been impacted

Lebanon has been hit with Internet outages across the nation as employees at its state-owned telco Ogero have gone on strike over pay.

The workers have gone on strike, demanding higher wages as the country battles a crippling economic crisis. 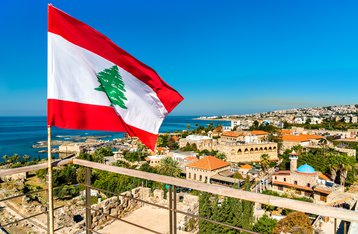 Lebanon's economy has suffered massively in recent years, with its Lebanese pound losing 90 percent of its value against the dollar. The slump has plunged millions in the country into poverty, with the United Nations estimating 82 percent of the population to be in poverty.

However, state institutions haven't adjusted salaries at the telco to match the inflation, with workers promising more strike action if proposals aren't met. Talks between employees at the company and the Ministry of Telecommunications are ongoing.

It's not just Ogero employees striking, with the workers across the public sector going on strike for the past two months.

A parliamentary committee on telecoms is due to take place next week to address the issues.

Last year the same operator was hit by outages as the country faced diesel shortages. Ogero was forced to shut down services in parts of the country due to the shortages as Lebanon had to ration electricity. Power shortages remain common.