Lebanese state-owned telco Ogero said that it was forced to shut down services in parts of the country due to diesel shortages. 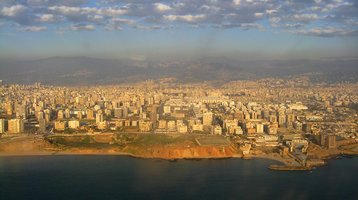 In June at least 10 cities and towns across the country experienced Internet outages due to rationing of electricity nationally and pressure being put on Ogero's generators. There have been other intermittent outages since. A Lebanese energy company, Smart Power LB, went as far as offering to provide energy from its solar infrastructure to Ogero at cost price to keep services running.

It's unclear whether or not Ogero took up the offer from Smart Power LB, but the telco is now struggling to find enough fuel to keep its backup generators supplied with enough fuel to power its services.

“Our services have stopped temporarily within the range of the Barouk, Halba, and Qoubayat centers until we are resupplied with diesel fuel," Ogero told the961 in a statement.

"We apologize for this circumstance that is beyond our control.”

Lebanon is in the midst of a deepening months-long fuel crisis that has caused hospitals to reduce activities and water supply systems to shut down, cutting off millions.

“I am deeply concerned about the impact of the fuel crisis on access to health care and water supply for millions of people in Lebanon,” Najat Rochdi, United Nations Humanitarian Coordinator for Lebanon, said about the crisis.

“A bad situation only stands to get worse unless an instant solution is found.”

In June, the World Bank warned that the economic and financial crisis could rank amongst the top three most severe crises episodes globally since the mid-nineteenth century.

“Only a reform-minded government, which embarks upon a credible path toward economic and financial recovery, while working closely with all stakeholders, can reverse further sinking of Lebanon and prevent more national fragmentation."

The bank has criticized politicians for inaction, infighting, and supporting "a bankrupt economic system which benefited a few for so long."

Political fighting is also to blame for the worsening fuel crisis.

Inflation, a lack of foreign currency, and the wider economic collapse had already impacted citizens' and companies' ability to buy fuel. But then, in mid-August, the Central Bank said that it would end a fuel subsidy that saw the government essentially help pay for the cost of diesel (by providing US dollars at exchange rates below the real price of the Lebanese pound).

The Central Bank said it made the move as hard-currency monetary reserves hit dangerously low levels - going from more than $40 billion in 2016 to $14bn. The fuel subsidy costs around $3bn a year.

The Bank also argued that the subsidy was encouraging smugglers, who would buy the fuel at the lower price and sell it in places like Syria.

But when the subsidy was removed, prices went up by as much as four times. Violence has broken out at fuel pumps, with the military called in to control the situation - and seize fuel.

The government said that it was against ending the subsidy, and President Michel Aoun called on the decision to be reversed.

At the same time, the president called for a special urgent cabinet meeting on the crisis, but it was rejected by caretaker Prime Minister Hassan Diab as unconstitutional.

Diab has refused to hold a cabinet meeting since he and his administration resigned following the Beirut explosion. A new cabinet has not been formed due to political obstruction.

Central Bank governor Riad Salameh has denied claims that he acted alone in ending the subsidy, and said the government knew it was happening.

He said that to continue to provide the subsidy would require new legislation to be able to use the last of the bank's financial reserves. “We are saying to everyone: You want to spend the mandatory reserve, we are ready, give us the law. It will take five minutes,” Salameh told Radio Free Lebanon.

Amid the confusion, ships full of fuel have anchored off the coast of Lebanon, waiting to see the price they would get. Earlier this week, the Central Bank agreed to buy the supply of two such ships.

Charities like Beit el Baraka, the Lebanese Red Cross, and Offrejoie have launched campaigns to help those impacted by the crisis.