Time to dust off your DVD collection

In an effort to ensure stable Internet services, the European Commission has called on streaming companies to “temporarily offer Standard Definition rather than High Definition.”

In response, Netflix said that it would reduce bitrates in Europe for the next 30 days, while YouTube said it would switch to SD as its default option. The move comes as people turn to online services as they self isolate during the Covid-19 pandemic. 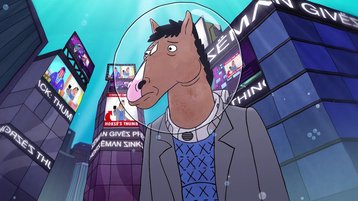 "Europe and the whole world are facing an unprecedented situation. Governments have taken measures to reduce social interactions to contain the spread of Covid-19, and to encourage remote working and online education,” the EU’s Commissioner for the Internal Market, Thierry Breton, said this week.

“Streaming platforms, telecom operators and users, we all have a joint responsibility to take steps to ensure the smooth functioning of the Internet during the battle against the virus propagation.”

The Commission wants high-capacity streaming platforms to “temporarily offering Standard Definition rather than High Definition” video content, and for telecom operators to “take measures in order to prevent and mitigate the impacts of impending network congestion.”

The European Commission said that currently there were no significant network congestions thus far, but that it was being proactive. As a precautionary measure, the Commission and the Body of European Regulators of Electronic Communications (BEREC) are discussing setting up a "special reporting mechanism to monitor the Internet traffic situation in each Member State to be able to respond to capacity issues."

Breton spoke with Netflix CEO Reed Hastings on Wednesday evening. "Following the discussions between Commissioner Thierry Breton and Reed Hastings - and given the extraordinary challenges raised by the coronavirus - Netflix has decided to begin reducing bitrates across all our streams in Europe for 30 days," Netflix said in a statement.

“We estimate that this will reduce Netflix traffic on European networks by around 25 percent while also ensuring a good quality service for our members.”

In its user account settings, Netflix describes its standard data usage before this decision was made: Low - up to 0.3GB per hour. Medium - up to 0.7GB per hour. High Up to 3GB per hour for HD, 7GB for Ultra HD.

Soon after, YouTube said that it would follow suit. The Google subsidiary told Reuters: “We are making a commitment to temporarily switch all traffic in the EU to standard definition by default,” but higher definition video is still available if people choose it. Update: Amazon Prime Video has announced it will also reduce its bitrate across the continent.

Earlier this week, telecoms giant Vodafone said that there was a 50 percent rise in Internet use in Europe as people stayed home. Particularly impacted by surging data demands are residential broadband networks, where capacity upgrades take time and are costly. Interconnection hubs, so far, have fared much better.

The world's largest Internet exchange has seen usage hit record levels, but the Frankfurt facility is not concerned, operator DE-CIX told DCD. "Growth is now happening at a faster pace than before," spokesperson Carsten Titt said. "Capacity is available to sustain the demand currently projected."

As people shift to teleconferencing and online streaming, it has changed Internet habits. "DE-CIX thinks that Internet usage and traffic will change going forward," Titt said, even once lockdowns and self isolation are no longer needed.

Depending on the length and severity of the ongoing situation, it is also unclear what the long term impact to supply chains will be. "At this point, we are in good shape and things are running smoothly," Titt said.