Nerdalize, a Netherlands startup, has joined the ranks of firms offering distributed cloud and heating, with a pilot deal in which local utility Eneco will offer free heating to a limited number of Dutch households.

The company’s wall-mounted radiators contain high-performance water-cooled servers running high-performance computing jobs distributed over the Internet. Nerdalize pays the electricity bills, and the household gets the heat for free. The model is similar to that offered by Qarnot, which carries out bank risk calaulations in French sitting rooms, and by Germany’s Cloud&Heat, which offers an OpenStack cloud service, running in cabinets in flats and offices. 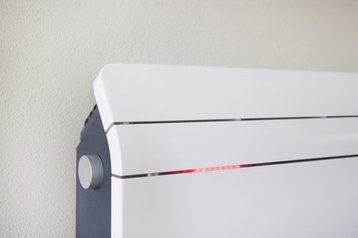 Eneco is recruiting five families for a trial of the Nerdalize system, which could save them around €400 ($440) a year on heating. Hundreds have applied following media coverage of the project this week, Nerdalize CEO Boaz Leupe said in an interview with DatacenterDynamics.

All cloud-heating offerings are based on the value of the heat from data centers, As heat is hard to transport, Nerdalize, Qarnot and Cloud&Heat (along with others that we are hearing of) take the processing to the homes and offices where the heat can be used. Leupe acknowledged the work of Qarnot and Cloud &Heat, but said “we are unique.”

The Nerdalize system contains up to eight high-end CPUs with a 32GB solid state drive. The system carries out high-performance jobs, and will offer cloud computing services on RAM-intensive applications for as little as 50 percent of the cost of comparable cloud services, Leupe says.

Among the users already testing the system is the Leiden University Medical Centre, which carries out protein folding calculations on it.

The system is cooled with water in a closed loop system providing heat at a rate of 1kW, and a temperature of up to 55C. According to Leupe, that is “at least 10C hotter than a conventional data center would ever reach”.

The heater includes a control knob which Leupe told us gives better control than a normal electric radiator. The control can either feed heat into the room, or else lose the heat, by circulating the water to a heat expeller outside the house. All trial customers must be able to mount the radiator on an external wall, and be prepared to have a hold drilled in that wall, Leupe told us.

Dumping the heat is not the best solution, Leupe acknowledged, and after the trial he hopes to find other ways to use it when room heating is not required.

Cloud-heating systems face another problem, what to do when it’s a cold day an no-one is buying computing power. Leupe’s answer is to donate those spare cycles to charity work such as research into amyotrophic lateral sclerosis (ALS) or motor neuron disease.

Leupe promised that this system would be more open than some of the competition, using an open platform so cloud customers can easily move their workloads elsewhere: ”We don’t like people to be locked in. If you don’t like us, you cna ditch us.”