Korea's Naver, Sweden's Linköping University, and India's C-DAC have all acquired DGX supercomputers for artificial intelligence research and workloads. They are expected to be online before the end of the year.

Supercomputers in a box 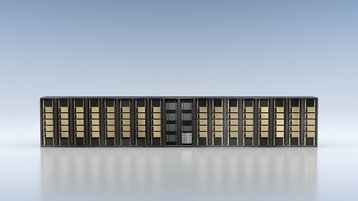 Search engine giant and operator of the Line messaging service, Naver will deploy 140 DGX A100 systems for research into natural language processing models and conversational AI services under its Naver Clova brand. 140 units is the maximum Nvidia's DGX platform can scale to.

Linköping University will deploy 60 DGX systems, naming the system BerzeLiUs. It will be used for AI research, including as part of Sweden's largest individual research initiative, the Wallenberg AI, Autonomous Systems and Software Program.

The Centre for Development of Advanced Computing, under the Ministry of Electronics and Information Technology in India, will combine 42 DGX systems to build 'PARAM Siddhi – AI,' the country's fastest supercomputer dedicated to AI.

The orders follow Nvidia announcing it would build a DGX supercomputer of its own in England, with Cambridge-1 featuring 80 DGX systems. That translated to around 400 petaflops of 'AI compute,' or eight petaflops of compute on the more common Linpack benchmark.