mindSHIFT specializes in IT outsourcing and cloud services for small and medium-sized businesses (SMBs) and is owned by Japan-based Ricoh, the document services giant. Investment in the data center expansion is the latest move in Ricoh’s strategy to grow its IT services portfolio, according to a press statement detailing the announcement. 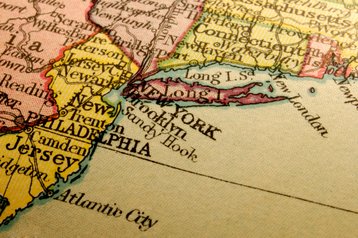 Power Management Concepts of Bethpage, New York, has been contracted for design and construction of the expansion, which will be completed in two phases. The new data center is expected to be fully operational by late spring 2016, according to Robert Lamendola, general manager of mindSHIFT. Details about phase two of construction will be released at a later date, he added, along with a timeline for anticipated completion.

“The new facility in Commack will be mindSHIFT’s flagship data center,” he told DatacenterDynamics. The expansion will provide additional space for the company’s cloud managed hosting business, Lamendola revealed, and house the company’s new network operations center – a 24/7 facility that will provide its customers with monitoring, reporting, and network intrusion detection services. The cloud hosting facility will be available as both a primary site for hosting critical applications, or as a disaster recovery site.

“In an effort to ensure that customers’ data is always backed up, secure, and safe,” he continued, “the new facility will enable them to take full advantage of mindSHIFT’s cloud services, including leveraging this facility as their primary, secondary and data backup sites.”

Ricoh purchased mindSHIFT in an early 2014 deal with electronics retailer BestBuy. Previously, in 2011, BestBuy bought the managed services provider for $167m in an effort to expand its services division to SMBs.