Microsoft has dropped plans to expand capacity at one of its data centers in Sweden and will be looking for another location in the country to develop a new facility.

First announced in November 2020, Microsoft opened a new Azure cloud region in Sweden in late 2021. With facilities in Gävle, Sandviken, and Staffanstorp, the combined region is known as Sweden Central. The company this week said its site in Staffanstorp, Skåne/Scania County, would no longer see its backup capacity expanded any further and it would be looking for new sites to develop in southern Sweden. 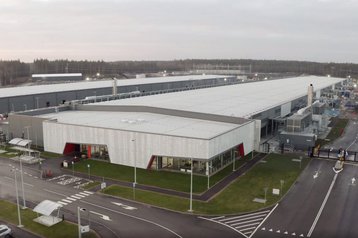 “Microsoft Sweden can announce today that the company has chosen to withdraw its permit application for the construction and operation of backup power units at the data center in Staffanstorp,” the company said last week on its Swedish site. “The reason behind the decision is a greatly increased demand for the company's cloud services and secure data storage, which means that there is a need for a larger data center in the region than the one planned in Staffanstorp.”

“Microsoft has determined that the permit application for the construction and operation of reserve power for a facility with the planned capacity (70MW added power) will not be sufficient to meet the need for future expansion in the region. We will continue to operate and expand operations in our data center in Staffanstorp, but this will only happen with the reserve power units that are already in place today,” Microsoft said.

However, local press reports suggest local opposition from residents and officials to the deployment of backup diesel generators is the reason behind the company’s reason for halting expansion in the area.

According to Sydsvenskan, the project was described in the original building permit as a warehouse, not a data center, "and only when the building was finished did Microsoft apply for a permit with the County Administrative Board in Scania for environmentally hazardous operations, approximately nine diesel units.

The company has now reportedly given up trying to gain a permit to expand the data center and deploy more backup generators.

Local residents and groups fought against the cloud giant’s plans and hoped to get existing permits revoked.

In May, Microsoft published a notice on its Swedish site saying it wanted to be “a good neighbor” to the area and the generators that are at its Staffanstorp site will "only be used during test runs and power cuts - something that is very unusual in Sweden as we have a stable electricity grid."

How Microsoft plans to expand the Staffanstorp site using only the reserve power units is unclear. Microsoft said it would be “adapting which services” it offers out the facility: “Our data center in Staffanstorp will be one of the few Microsoft data centers in the world that can offer this unique collection of services to our customers,” it said.

In the meantime, the company will be looking for a new location to develop a new data center with ample capacity and opportunity for backup power.

"We can already state that even if we expand in Staffanstorp to the maximum capacity, it will not cover the needs we have in the region," Andreas Wingren, head of communications at Microsoft Sweden, told Sydsvenskan. Wingren told local press the opposition from locals wasn’t part of the company’s decision in dropping expansion plans.

In its blog post announcing the news, Microsoft said it had “already begun work" on finding a “new suitable location” in southern Sweden for the expansion of its data center operations. “The ability to ensure good energy redundancy and backup power solutions will be important factors in choosing a new location,“ the company noted.

Microsoft began building a data center near Malmö back in 2019, following land purchases in Gävle and Sandviken.