Due to power cut and overheating

Microsoft's Central India Azure region was hit by an overnight outage, disrupting services across the country.

The cloud is just someone else's data center 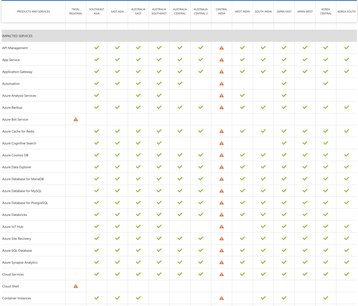 "A power issue with the regional utility power provider caused a Central India data center to transfer to generator power," Microsoft said on its status page.

"This transition to generators worked as designed for all infrastructure systems except for a number of air handling units in two of the data center's internal zones (Colos). As a result, internal temperatures for these two Colos rose above operational thresholds, alerts were triggered, and automation began shutting down network and storage resources to protect data."

With the storage scale units offline, this impacted virtual machines and any other Azure service that relied on the systems.

Among those impacted by the outage were payment processing companies PayU and Citrus Pay, both of which were inundated with complaints about their services no longer working.

The Azure data center is located in Pune, in the western Indian state of Maharashtra. The company promised to provide a more detailed analysis of the incident within three days.