LANL is looking for fast, efficient supercomputers for nuclear weapons simulation and life extension of its existing stockpile. The Advanced Simulation and Computing (ASC) Program is working on Advanced Technology (AT) systems for 2021 and beyond to help power the National Nuclear Security Administration (NNSA)'s Stockpile Stewardship Program (SSP).

Marvell spokespeople were unable to provide specifics on the level of funding at time of going to press. 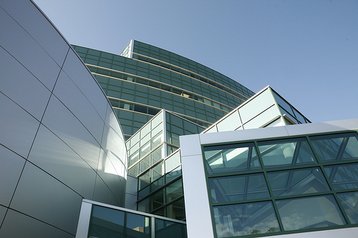 The company said that it will focus on advancing key areas of system architecture and silicon design to maximize the efficiency and overall performance of large-scale supercomputers.

“The funding from Los Alamos National Laboratory, combined with our ongoing technical collaboration, will further accelerate our designs and innovations for our future server products,” Gopal Hegde, VP and GM of the server processor business unit at Marvell, said.

“This collaborative and integrated development activity between LANL and Marvell is the first step toward creating a variety of new architectural components which will enable LANL’s goal of creating or enabling a family of system elements which are centrally focused on efficient mission-centric computing which is naturally the focus of the new LANL-led Efficient Mission Centric Computing Consortium (EMC3),” Stephen Poole, LANL senior architect, added.

“All of these activities will utilize a more balanced co-design process where system elements move toward application needs at least as far if not farther than applications have to move toward systems element design, and all target being integrated into potential future systems from multiple processor/component vendors and integrators.