LCL is taking over the facility and its employees through the acquisition of Cofely Data Solutions SA. Terms of the deal were not disclosed.

LCL offers colocation from facilities in Aalst, Antwerp, Diegem, and Huizingen. Engie’s facility will be the company’s fifth, and renamed Wallonia One.

“At LCL, we are focusing strongly on the Belgian market’s digital opening,” said Laurens van Reijen, LCL CEO. “With this fifth data center, we are increasing our presence on the market. Gembloux is located in the heart of the Walloon economy.” 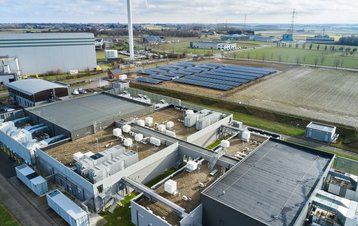 Cofely Data Solutions is a subsidiary of French multinational electric utility company Engie SA, while ENGIE Cofely offers hosting services from the Wallonia facility. The companies have formed a partnership where ENGIE Solutions will build new data centers for LCL, with plans for the energy company to provide expertise on energy efficiency.

The site’s solar park, built to provide power for the data center, is also included in the acquisition. The solar farm contains around 2,000 photovoltaic panels, generating around 1MW of electricity. L’Echo reports the solar farm provides around 80 percent of the facility’s power needs, and that ENGIE invested around €30 million ($36.3m) in the data center prior to selling it.

The facility has a Power Usage Effectiveness (PUE) rating of 1.25. LCL has joined the Climate Neutral Data Center Pact and is committed to making all its data centers carbon-neutral by 2030.

The deal is LCL’s second acquisition in the last few years, following the purchase of an Atos data center in Huizingen in April 2020 for €5.5 million ($6m).

LCL began in 2002 when van Reijen acquired a data center in Diegem, and operated it under the name LCL Telehousing. The site was previously the home of Ebone, an early European Internet backbone, which operated from 1992 until 2002. In 2001, Ebone was bought by the Dutch-American telecoms firm KPNQwest, which subsequently went bankrupt in 2002 - at which point van Reijen bought the Ebone PoP and data center.