A court case in which BladeRoom is suing Facebook for alleged theft of trade secrets has begun - and it’s off to a confrontational start, according to 360Law.

At the pre-trial conference on Monday, Davila told all parties that he was “somewhat surprised with all of those years of experience; you have yet to make the acquaintance of professional courtesy, collaboration and cooperation. It seems like there’s continued fighting.” 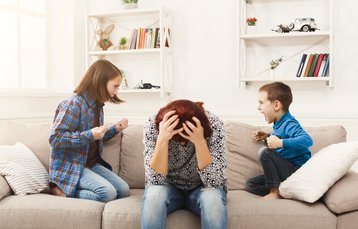 The lawsuit dates back to 2015, when BladeRoom alleged that Facebook, Emerson and Emerson Network Power had stolen its designs for modular facilities to build the Facebook data center in Luleå - a site which was widely praised for its use of pre-fabrication, based on so-called “flatpack” racks.

The alleged offense took place some years earlier. According to the order filed by Davila in February last year, BladeRoom Group claims it met with Facebook and Emerson Network Power executives in 2011, and discussed the BladeRoom technology shortly thereafter.

Facebook and BRG subsequently signed a non-disclosure agreement, and the social media company requested a proposal for BRG to design a data center, to be built in North Carolina.

Shortly thereafter, Emerson Network Power began working on modular data centers of its own, and in 2013 it signed a contract to design Facebook’s Luleå ‘flatpack modular facility’. The company won an award from DCD for how quickly it was able to deploy the technology.

According to BRG, in 2014, Facebook held a talk at the Open Compute Project event, presenting a so-called ‘rapid deployment data center’ of its own design, opening up the hardware specifications to other industry members, and later detailing them in a blog post. BRG says this included details of its technology.

If this proves to be true, it puts Facebook in breach of the Open Compute rules, which stipulate that members can only share intellectual property with the owner’s consent.

After BladeRoom complained, Facebook attempted to have the trade-secrets theft lawsuit dismissed, but a federal judge ruled that the company must defend itself against the allegations, rejecting its two defenses: firstly, that BRG didn’t own the trade secrets in question, and secondly, that it did not keep them secret enough. Davila did acknowledge, however, that the information may have been voluntarily disclosed by BRG. 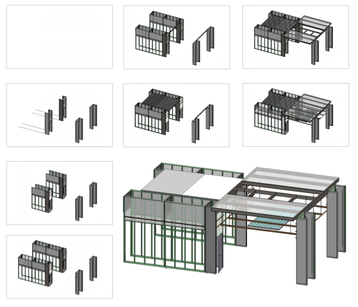 While Facebook has acknowledged there has been some bad blood between opposing attorneys, it said this was due to there being “a lot of money involved.”

There are several ongoing disagreements between the companies’ legal representatives, the first dating back to a pre-trial hearing, when an Emerson attorney questioned the calculation method for the damages to be paid if BladeRoom were to win the lawsuit, which could total several hundred million dollars.

Another difficulty stems from the number of exhibits introduced by each party. Facebook is bringing 1,547, Emerson - 2,648, and BladeRoom - 1,377.

Facebook’s attorney Michael Rhodes stated that BladeRoom had brought approximately 1,200 objections to its exhibits, while Facebook had only objected to 43, suggesting that it may be wiser to pre-admit the exhibits, and that any objections could be put before a judge before a ruling is made. 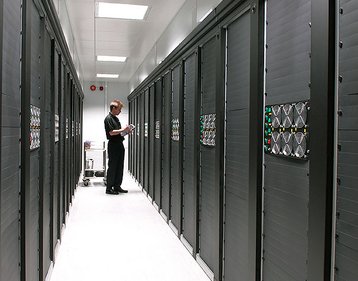 Davila agreed in principle, conceding that it would not be possible for the jury to see 4,000 exhibits.

On the other hand, BladeRoom attorney Jeffrey Fisher claimed his team was being “out-lawyered,” and that the number of documents being sent their way was too large for them to keep up.

And finally, BladeRoom expressed concerns after Facebook presented a notebook which one of its engineers had allegedly belatedly found.

Meanwhile, Judge Davila seems to have reached a point of despair. Last week, after a particularly confrontational pre-trial conference, he issued an order stating that “it appears counsel are incapable of agreeing on anything helpful, despite their skill and experience, and have instead created more issues and more potential obstacles to the court’s efforts to bring this action to resolution.”