Passengers must use cash, not cards, while waiting for delayed flights, as the outage enters its third day

Updated: Network hardware has now been identified as the cause, and replaced.

Kuala Lumpur International Airport (KLIA) is suffering severe disruption due to a network failure which has dragged on into a third day. Passengers have faced delayed flights and manual check-in after IT systems stopped working.

Systems disruptions began at Terminal 1 on Wednesday night (August 21), and spread to the KLIA2 terminal. Systems affected include Wi-Fi connections, flight information displays, check-in counters and baggage handling. Retail outlets in the terminal were unable to accept credit card transactions, and Malaysia Airports Holdings advised passengers to take cash or withdraw ringgit (the local currency) from ATMs at the airport.

On Thursday, 68 delayed flights were reported, and Twitter activity on Friday August 23 made it clear that the problems were far from over.

A statement on August 23 said the airport has now replaced network hardware identified as the cause of the fault, and the situation should improve. "The systems disruption experienced at KL International Airport which began on 21 August 2019 is caused by network failure. As part of the steps taken to resolve this, we have replaced the network equipment which is currently being tested and closely monitored for stability." 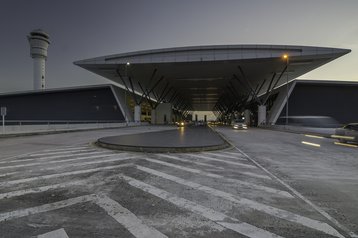 Malaysia Airports CEO Raja Azmi Raja Nazuddin said in the statement: “We have seen positive progress in network stability. Critical systems at KLIA Main terminal are now mostly up and running. Nevertheless, we have adopted a cautious approach and will remain vigilant as we are still experiencing some intermittent issues.”

Earlier, a Mashable staffer at the scene described the situation as "super chaotic,",reporting that airport staff were telling passengers their gate number one hour before their flight - using a white board and a projector.

An official statement from Malaysia Airports Holdings on 23 August said "as at 6.00 am today, the team is still in the midst of stabilizing the system at KUL [Kuala Lumpur International Airport]". The airport has brought in 1,000 staff, and is running extra buses are being run, and while remote bays at the airport are being brought into service to handle delayed planes. Some parking fees are also being waived for those meeting delayed flights.

The national carrier, Malaysia Airlines (MAS), advises passengers to arrive four hours before their flight, to allow time for manual check-in, and disruption to other boarding processes and baggage sorting: "Malaysia Airlines is forced to process all flight transactions manually. Passengers are, therefore, urged to check-in via mobile or web to minimize queuing time and to arrive at the airport four hours prior to their departure time."

Twitter users pointed the finger at the airport rather than the airline, with @lushie1107 saying their flight had landed around 10pm Thursday night "but the passengers were stuck in the plane until after midnight. I understand the efforts but KLIA still needs to really look at its business continuity plan. It is not MAS’ fault though."

Raja Azmi praised the airport's staff for their community spirit and hard work which kept flights going, and thanked the public for their patience.