UK data center campus developer Kao Data is going to school, with a project to tell children about data centers.

Kao wants to impress children aged seven to 11 with the importance of data centers, and got educational charity The Cambridge Science Centre to design a "Kao Academy" website. This covers what a data center is, how they are built and what they do for us. It has short videos and a downloadable paper model of Kao's London data center for children to cut out and stick. 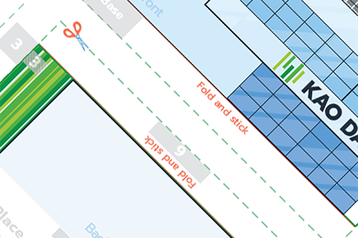 Data with paper and glue

The Kao Academy collateral is heavily based on Kao's own flagship, the KLON-1 data center on its Harlow campus north of London. There's an annotated time-lapse film of KLON-1 being built (called Building a Data Centre in 2.5 Minutes), and another short iMasons video - called Data Centers for Dum-Dums.

Ther are also adverts for the Cambridge Science Centre, a word search, a crossword, and a sudoku.

Children can design their own data center and win a prize of £150 worth of Lego - and a visit to Kao in Harlow.

Kao says this will boost STEM education, and hopes it might encourage some children to work in data centers.

"General understanding and appreciation of data centers is surprisingly low,” said Adam Nethersole, Vice President. “Starting with children, and through the Kao Academy, our mission is to drive greater awareness of data centers, their crucial role, and showcase the people who design, build, and operate them.”

Kao recently started work on a second facility on its flagship campus at Harlow, North of London. It also offers a built-to-suit service, and opened a data center in Slough this year.