Interxion has begun swapping diesel for hydrotreated vegetable oil (HVO) in France to power its backup generators in France.

The company said this week it has adopted HVO100 fuel for the generator sets of its data centers. The first supply was carried out on the new PAR8 site, located in La Courneuve, Paris. 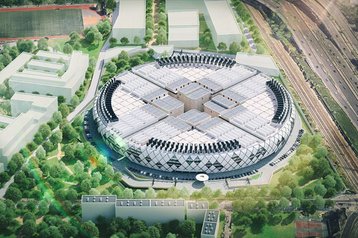 HVO100 is a synthetic paraffinic diesel, made from vegetable oils or waste reprocessing, It is a drop-in replacement fuel that can be used without modifications to existing engines.

Interxion said its French subsidiary was the first data center player in France to have achieved carbon neutrality in 2020 (scopes 1 and 2), and the first company in the group to use HVO100. It said the move will reduce its carbon emissions from generators by 90 percent.

Fabrice Coquio, president of Interxion France, said: “Each action that we undertake and which makes it possible to limit greenhouse gas emissions is important. We are aware that the use of our generators, even reduced to the maximum, has an impact on the environment. By starting to supply our data centers with HVO100, it is another proactive step in implementing our strategy to reduce our carbon footprint, and to lead the way as an industry leader.”

Interxion France did not disclose who will provide its supply in the announcement, but Coquio previously told DC Mag France in October 2021 that a program has also been initiated with Total to gradually replace the diesel used in its emergency diesel generators with HVO fuel.

Last year UK data center firm Kao Data announced it was switching from diesel to HVO for its backup generators. It is sourcing the Neste-manufactured fuel from Crown Oil; the company said it would replace an initial 45,000 liters of diesel and switch to an HVO provision of more than 750,000 liters when its Harlow campus is fully developed. It is also using HVO at its new Slough facility.

Last month Latvian data center operator DEAC, which has facilities in Riga and Vilnius, also announced it was buying MY Renewable Diesel (also an HVO100 fuel) from Neste for its backup generators.