Intel, Google and others join forces for CXL interconnect

CXL is designed to create a high-speed, low latency interconnect between the CPU and workload accelerators

The Compute Express Link, or CXL, is aimed at solving the challenges of improving performance and removing bottlenecks between CPUs and other components like GPUs, memory and FPGAs. 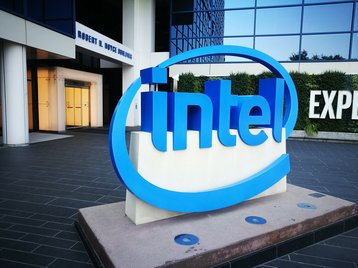 CXL will have three interface methods: an IO mode for sending commands and receiving status updates; a memory protocol, allowing the host processors to efficiently share physical RAM with an accelerator; and a data coherency interface.

Specially, CXL "creates a high-speed, low latency interconnect between the CPU and workload accelerators, such as GPUs, FPGAs and networking."

The technology behind CXL was developed by Intel over four years, and has been donated to the CXL Consortium, which is free to use the IP without licensing fees. "The group is in the process of incorporation as an open standard body and is actively soliciting interest from potential member companies and institutions," the organization's website states.

“CXL is an important milestone for data-centric computing, and will be a foundational standard for an open, dynamic accelerator ecosystem," Jim Pappas, director of technology initiatives at Intel, said. "Like USB and PCI Express, which Intel also co-founded, we can look forward to a new wave of industry innovation and customer value delivered through the CXL standard.”

Support for CXL in chipsets is due in 2020, with products shipping the year after. Version 1.0 will launch next year, with 2.0 in the pipeline.

Tech heavyweights currently not involved with CXL include IBM, AMD, Nvidia, Xilinx, and Arm server vendors such as Marvell/Cavium who have their own PCIe-based spec, called CCIX.

CCIX is a Cache Coherent Interconnect for Accelerators (CCIX) - technology which can enable processors with different instruction set architectures to share data with the same application acceleration engines.