The ORS3000S, designed by Inspur and JD.com for JD's cloud operation, was launched to the public at the 2022 Inspur Partner Forum (IPF22) this week. It uses a cold-plate to transfer heat to a liquid cooling system, which Inspur says will cut power consumption by 45 percent compared to air-cooled rack servers, with a PUE (power usage effectiveness) of 1.1. 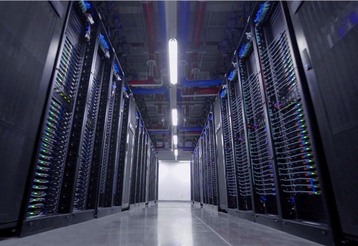 The ORS3000S is already widely deployed in JD Cloud data centers, and is sold as a pre-loaded rack. As well as cold-plate cooling, the ORS3000S has a centralized whole-rack power supply design with N+N redundancy, which adds to the savings. Inspur claims the centralized power supply increases power distribution efficiency by 10 percent.

Servers and the cooling system are pre-installed at the factory, so the companies claim the racks can be shipped five to 10 times faster.

Inspur has investigated several heat conduction and cooling technologies, including phase-change temperature uniformity, micro-channel cooling, and immersion cooling. The design of high-power consuming components such as the CPU and GPU have been improved to boost heat dissipation and create a uniform temperature without hotspots.

Created to meet the demand of customers like JD, Inspur has a factory capable of making 100,000 liquid-cooled servers per year. The company describes it as a "full-chain liquid-cooling smart manufacturing solution", which means the same production facility integrates R&D, testing, mass production, and delivery, so customers can get the units in five to seven days from their order.

Inspur also offers the ancillary kit such as primary and secondary liquid cooling circulation and the coolant distribution unit (CDU), so data centers can quickly get a whole liquid cooling system set up.

The company claims more than 100 core liquid cooling patents, and has participated in the creation of technical standards and test specifications for cold-plate and immersion systems in data centers.