Iceland - Something to sell Part I 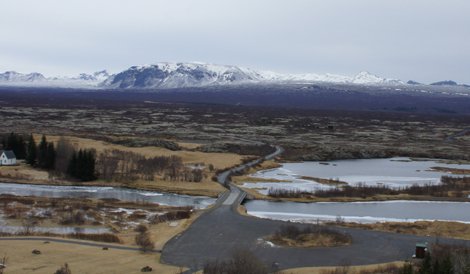 It started before the financial crisis that crippled its banks and deterred investors in 2008 to 2011, but was spurred on after by a need to find new ways of boosting economic gain. And after a slow start, Iceland is increasingly marketing whatever it has at its disposal to win over data center investment – strong relations with the EU, a well-educated workforce in need of jobs, geothermal energy and landing stations for three subsea cables connecting to the US and Europe. But to this day it still hasn’t managed to lure the flagship project it so desperately wants – an Internet giant.

This is despite other successful initiatives carried out by Iceland to rebuild its economy. Its tourism industry, for example, is flourishing. The 103,000 sq km island, with a population of just 320,000, attracts more than 620,000 tourists each year. They come to see its Northern Lights and Blue Lagoon (the positive outcome of an industrial accident). The country is also welcoming other energy-intensive industries, such as aluminium smelters, fish farms and hydroponic operations.

The success of these initiatives means Iceland is on its way to recovery but it still wants, and needs, more. It hopes a major data center build from a big name will kick off a wider technology services industry that could help raise employment numbers. (Iceland’s unemployment averaged 3% before the economic crisis, which pushed it to 10%, and now it stands at around 6-7%). For each MW of power a data center uses it expects the industry to create one new job. It also wants to better capitalize on its rare geographic position.

Climbing the hill
The island country is only a four to seven-hour flight from the US and only 2.5 hours from the UK by air. It also sits above an abundant supply of bubbling magma and is rich in water sources, which means it can renewably power its own population and have plenty of energy to spare.

Iceland has been close to securing a major internet company. Ex Yahoo! head of data center development Derek Webster said he visited a few times to check Iceland’s suitability as a site. Facebook also considered placing its Lulea, Sweden, data center there before the Eyjafjallajökull volcano eruption in 2010.

Invest in Iceland project manager for data centers Einar Tómasson says, referring to the incident: “There was an executive of one of the big companies, and he apparently drew a volcano on his chart saying you were on your way up the hill, but then the eruption came. He drew the line all the way back again and said you have to now start climbing again. The volcano was the one event that changed people’s perception overnight.”

Before Eyjafjallajökull erupted, Iceland did attract a couple of colo companies. In 2012 Verne global opened its 400,000 sq ft colocation facility on an ex NATO base that provides 28ha of space near Iceland’s main airport in Keflavik. It has a 20-year contract for its cheap power and by using free cooling it can promote a power usage effectiveness (PUE) of 1.2. It has taken on BMW on as a major, and expanding, client.

The Advania-owned 28,000 sq ft Thor data center, 30 minutes away from Verne, also boasts a low PUE of 1.16. Thor was originally under management by a company with the same name before Thor experienced its own problems resulting from the Iceland’s financial crisis. Thor hosts search engine Opera’s environment and the supercomputer used by the National High Performance Computing organizations of Norway, Denmark, Sweden and Iceland.

While colo is good, the “big win” for Iceland, according to Reykjavik Energy CEO Bjarni Bjarnason, will be a major internet company wanting to set up its own facility in the Nordics. “We need a big data farm operator – say, a Microsoft, Google or whatever – to build a full-sized data center here, and I am sure we are going to have one in a very short time. This will mean other operators will say, ‘OK, it’s safe in Iceland, everything is in place – the legal environment, business environment, power and data transmission.’ It would be a major breakthrough for us,” Bjarnason says.

Reykjavik Energy and the City of Reykjavik have currently earmarked a 50 to 70ha site 8km outside the city at Esjumelar for the Reykjavik Data Center Park, where it hopes to attract, at the least, 11 full-sized data centers, each requiring about 33MW. “We will offer incentives, and these could be in the form of some kind of grace, or in tax breaks. There are some possibilities the city is looking into, and we hope that in a year or so we will have a contract. While data centers are not labour-intensive, the experience of other nations has been that when the data center industry comes in there are a lot of economic spin-offs like IT and the IT services industry. That is really what we are looking for,” Bjarnason says.

The explosive facts
Iceland’s biggest benefit to data center operators, apart from the promise of almost all-year-round free cooling, is low power prices – a result of its renewable energy industry. These can be offered under long-term, fixed contracts.

In Iceland, more than 99.9% of its electricity and heat needs are met through the use of renewable energy – hydroelectric and geothermal (geothermal contributes to 66% of its energy mix). This use of renewables saves the economy an estimated US$480m to $830m each year – “about 4-6% of the GDP of the national economy”, Bjarnason says.

Renewable generation allows Iceland to offer power prices as low as US3.5¢ per kW (in the UK and central Europe this can be compared with about 7¢ per kW) and fixed-price contracts can be arranged for between 15 and 20 years. “In Europe you are lucky to get a four- to five-year deal on power,” Invest in Iceland’s Tómasson says. “We have 2.2GW of installed power already, and we can take this to 4.5GW.”

Verne Global CTO Tate Cantrell says Verne has signed a 20-year contract for its power, which it receives at a low fixed-term rate. “This allows us to give our customers price protection for the power, something they would not have been able to have if we had located our data center in the UK,” Cantrell says.

The UK is seeing a decline in power production and, as a result, an increase in power price. Overall energy production in the UK fell by 10.7% this last year as slowdowns occurred on the UK continental shelf. Power company Kohler recently released statistics showing that the cost of energy and growing environmental legislation are among the biggest threats to the UK IT industry. It shows that 85% of professionals in the country believe rising power costs will be a major concern for their business. Ofgem, the UK energy regulator, has also predicted that the amount of spare capacity within the UK could fall from 14% to just 4% in the next three years.

The power promise
Iceland also has a strong and robust power distribution network. This was originally set up for the aluminium smelters, which need to be up and running 8076 hours a year. If power goes down in one of these facilities the pots and the material used inside will be destroyed at a cost of about US$100 to $150m.

An independent company called Landsnet runs the distribution system that circles the country. This alone offers a strong level of redundancy. “We have one of the most reliable power transmission systems in the world,” Invest in Iceland managing director Thordur Hilmarsson says. “If we lose power from one side you will always get it from the other. The main power plants today are placed directly into this ring system, along with all the power-intensive users. The power companies in Iceland are willing to sign up to 99.9999% uptime, which means 5.3 minutes of downtime.”

But geothermal energy appears to be somewhat of a double-edged sword for Iceland. It is also part of its geological make up, which brings volcanos and moving tectonic plates into the mix.

This is the first part of our special look at Iceland, you can read part II, which investigates the challenges the country has in attracting data center business, tomorrow. Follow this link to read the full article, in the digital edition of FOCUS 29.