Luckily, not that many people use it

IBM Cloud was hit by another outage this week, just five days after a similar incident. 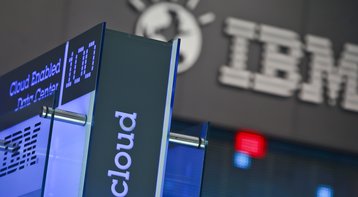 “Users may experience connectivity issues when trying to access the listed cloud services," IBM said at the time. The incident has now been resolved. The company said it had "identified a specific behavior that is contributing to the issue" and was taking measures "to limit access to a specific database" in order to fix the outage.

The incident comes after another "severity-one" issue on May 20. The Register notes that it is the fifth such severity-one incident since April 3, along with another four severity-two issues.

The company, which is in the midst of a difficult reinvention to become a hybrid cloud company, lags behind its larger hyperscale rivals.

Synergy Research found that IBM had a roughly five percent share of the global cloud market, and that its grip on that segment was declining.

Larger cloud companies also experience outages. This past weekend, Google Cloud suffered "elevated latencies and/or errors due to an issue with Access Control Lists (ACLs)" for more than 10 hours. Among the crucial services impacted was DCD's site, which was hit by brief downtime. We regret the loss of service.