The country, which bans Huawei from taking part in certain national infrastructure projects, may fund its own cable

A planned Huawei Marine Networks submarine cable between Solomon Islands and Sydney could be canceled by the Australian government due to security fears.

The government might fund the AU$100 million (US$78m) project itself, rather than see the cable deployed by HMN, a joint venture between China’s Huawei and Britain’s Global Marine Systems.

Not in my back ocean 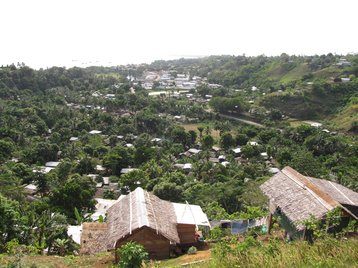 A Solomon Islands spokesperson told the Financial Times that an Australian scoping team had recently visited the island nation, which was showing “great interest” in the offer to use development aid to co-finance the cable. “Naturally, if the Solomon Islands government accepts the offer from Australia then no doubt the Huawei deal will have to be canceled,” he said.

The publication added that Australia had already signaled privately that it would not grant landing rights for Huawei Marine Network’s cable, originally announced last year.

“The Huawei deal was red-flagged by the Australian intelligence service,” Jonathan Pryke, analyst at the Lowy Institute think tank told the FT. “The new national security imperative has clearly jolted Australia into action.”

Robert ‘Jake’ Bebber, an information warfare officer at US Cyber Command, added: “Ownership in the undersea cable system, as well as leverage over its installation and maintenance, presents significant strategic opportunities for the People’s Republic of China.”

Having control over the cable would allow China to access communications traffic, including that of the US military, as well as allow it to disrupt communications if it wanted to, he continued.

The company was banned after security concerns were raised in the US, with a 2012 US House of Representatives report claiming Huawei posed a “national security threat” to America.

Authors also claimed they received “internal Huawei documentation from former Huawei employees showing that Huawei provides special network services to an entity the employee believes to be an elite cyber-warfare unit within the [People’s Liberation Army].

Not long after the US banned Huawei and ZTE from national infrastructure projects, Australia said that it too would restrict activities of the company.

Huawei has repeatedly denied any untoward relationships with the Chinese state. At the time of Australia’s move to restrict Huawei, company spokesperson Jeremy Mitchell said: “If we were found to do one thing wrong, to have one backdoor in any of our equipment, our company would fold overnight and correctly it would be.

“So there’s no way in the world that we would ever risk that. And to be honest I think anyone who would argue that the Chinese government would ask us to do that I think shows a bit of a lack of understanding of modern China.”

In his youth, Ren Zhengfei, the founder and president of Huawei, served as a People’s Liberation Army IT research unit officer, and his ex-wife was the daughter of a the deputy Governor of Sichuan Province. At the World Economic Forum in Davos in 2015, Ren said that “we have never been asked by our government to spy.”

Huawei has also faced accusations of making a SI$40m (US$5m) political donation to the party of then Solomon Islands prime minister Manasseh Sogavare, revealed in a report by the Solomon Islands parliamentary accounts committee. It called for a police inquiry, while Huawei strongly denied the allegations.

The public accounts committee cited rumors that “Huawei Technologies … had promised the Prime Minister a political donation of $40 million for the award of the contract. If true, this is a corrupt and criminal offense and the committee calls on the [Royal Solomon Islands Police] to conduct an urgent investigation into this.

“The committee is of the view that this is the main reason for the government to bypass procurement requirements in favor of the company Huawei.”

A company spokesperson said: “These allegations have no basis in fact. Huawei has never given, implied, nor promised any political donations in relation to this project.”

Sogavare, who left office on 15 November 2017, also denied the claims when they were made public in August, adding: “The security concerns of Australia are also the concerns of Solomon Islands and parties are exploring all options to have the matter resolved amicably.”

The decision to use Huawei Marine Networks was previously criticized by the Asian Development Bank, which pulled $US18m in funding for the project, claiming a lack of transparency around Huawei’s selection. “The Huawei contract was developed outside of ADB procurements processes,” a spokesperson told Fairfax Media.

Despite this potential setback, Huawei Marine Networks remains active in the Pacific ocean, linking Changi in Singapore to Batam in Indonesia in one project, and laying a 5,457km cable to connect Papua New Guinea in another.

In a major foreign policy white paper released in November, the Australian government said China had caused “tension” in the South China Sea, adding: “Australia is particularly concerned by the unprecedented pace and scale of China’s activities,” which include building islands and military bases in the disputed territories.

But the foreign policy paper, the first from Australia in 13 years, earned a swift rebuke from Beijing. Chinese foreign ministry spokesperson Lu Kang said: “Australia is not a party directly concerned in the South China Sea issue, and it has made clear many times that it does not take sides. We hope the Australian side will honor its commitment and stop making irresponsible remarks.”