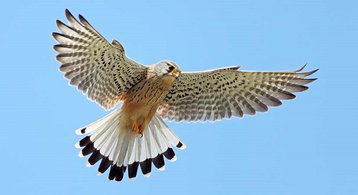 This is the first such mention of the NEXT version of A100 GPUs, suggesting Nvidia is to announce new hardware in the near future.

Installation of the new system will begin in the fall of 2022 in NREL’s Energy Systems Integration Facility (ESIF) data center in Golden, Colorado, and is due to be completed in 2023; Kestrel will use the warm-water waste heat recovery system currently used in NREL’s ESIF data center.

NREL said the system was ‘named for a falcon with keen eyesight and intelligence’ a node to its mission to advance energy research and development efforts to ‘deliver transformative energy solutions.’ The new system will complement the existing eight petaflops Eagle cluster installed in 2019, but offer five times the performance; Eagle replaced the 2.26 petaflops Peregrine supercomputer that was installed at the Energy System Integration Facility (ESIF) data center in 2013.

Kestral will be used to research computational materials, continuum mechanics, and large-scale simulation and planning for future energy systems.

“HPE has a long-standing collaboration with the National Renewable Energy Laboratory (NREL) where we have developed joint high-performance computing and AI solutions to innovate new approaches that reduce energy consumption and lower operating costs,” said Bill Mannel, vice president and general manager, HPC, at HPE. “We look forward to continuing our relationship with NREL and are honored to have been selected to deliver an advanced supercomputer with Kestrel that will significantly augment the laboratory’s efforts in making breakthrough discoveries of new, affordable energy sources to prepare for a sustainable future.”

HPE also announced this week that it was to supply Thailand’s National Science and Technology Development Agency (NSTDA) with a new HPC system. The new 13 petaflops supercomputer will be hosted in the NSTDA Supercomputer center (ThaiSC) and be used to research pharmaceuticals, weather forecasting, and renewable energy.

“We are honored to collaborate with the NSTDA to design its new supercomputer using the HPE Cray EX system,” said HPE’s Mannel. “The new supercomputer, which will deliver a new set of capabilities for researchers, scientists and engineers, represents a significant leap in innovation for Thailand that will unlock new economic and societal value for the nation and its people.”

The system will feature 496 AMD Epyc Milan processors and 704 Nvidia A100 Tensor Core GPUs, and will reportedly be 30 times more powerful than the existing system. It will be installed and operational in 2022.