Hewlett Packard Enterprise will build a new supercomputer for the US Department of Energy’s National Renewable Energy Laboratory (NREL).

The eight petaflop Eagle will be warm water cooled, purportedly capable of capturing 97 percent of waste heat from the servers that will be put to use in the surrounding office space and labs. Installed this summer with plans to go live in January 2019, it will likely replace the existing 2.26 petaflop Peregrine supercomputer that was installed at the Energy System Integration Facility (ESIF) data center in 2013.

The Eagle system will be used for early research and development on energy technologies across fields such as transport, wind power and data sciences. It will be the world’s most powerful system dedicated to advancing renewable energy and energy efficiency technologies, the DOE claims. 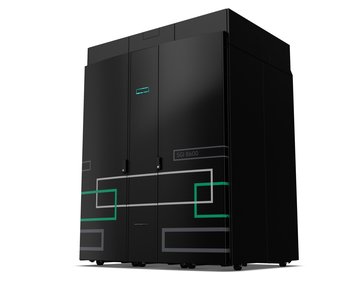 “We are strongly committed to architecting technologies that power the next wave of supercomputing and are creating advanced HPC systems while scaling energy efficiency in data centers, to get us there,” Bill Mannel, VP and GM of HPE’s HPC and AI Group, said.

“Through Eagle and our overall ongoing collaboration with the US DOE and NREL, we are advancing research to bolster innovation in energy and sustainability.”

Dr Steve Hammond, director of NREL’s Computational Science Center, added: “With Eagle, we are gaining significant compute power to boost scientific discovery efforts and support our mission in advancing innovation in energy technologies. By collaborating with HPE, we are gaining better tools to improve simulation and modeling across complex events to unlock new insights.”

HPE, NREL and Daimler are also collaboarting on fuel cell technology. The project features a prototype Daimler fuel cell that runs on hydrogen, installed at the same ESIF data center.

“It’s still in the basic research phase, we’re focused on ‘can we do it safely, can we do it at all, does it make sense, is there a path to economic viability and where is further R&D required?’” Hammond told DCD earlier this year.